Schneider brings experience and strong work ethic to back end 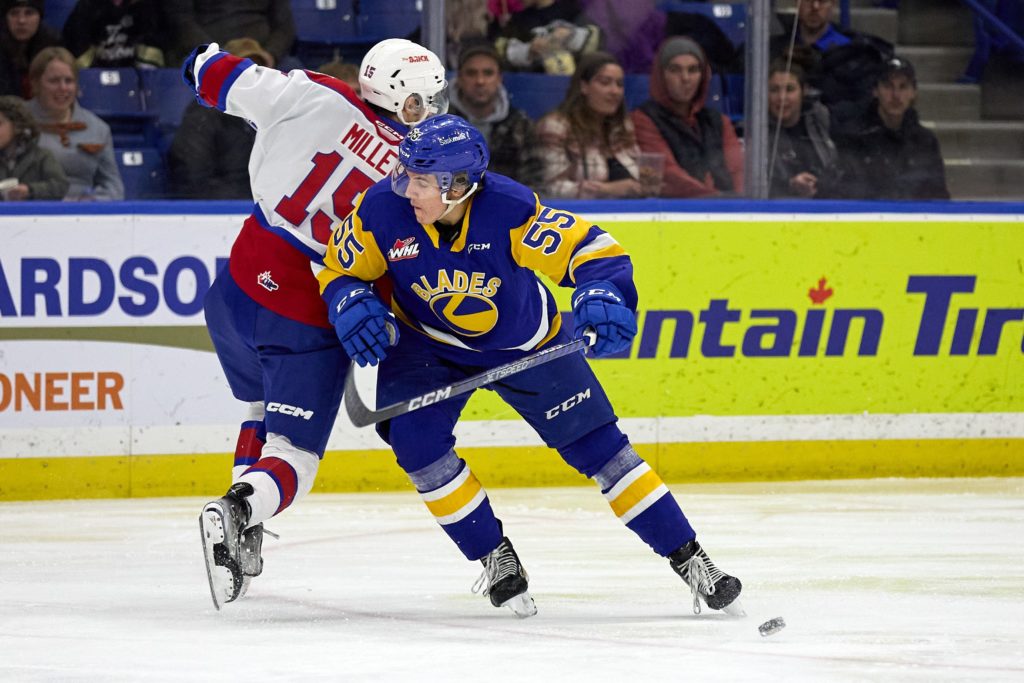 As is the norm when players are involved in Western Hockey League trades, Marek Schneider harboured mixed feelings when he learned he was the recipient of a change of address, a change of scenery.

In Schneider’s case, he was going from one successful team to another.

“I was pretty shocked but afterwards I was pretty excited to be coming to Red Deer knowing they are a winning and hard working team,” the 19-year-old defenceman said Thursday, one day after being acquired from the Saskatoon Blades.

In return for the Prince Albert native, the Rebels gave up a fourth-round pick in the 2023 WHL Prospects Draft and a conditional fourth-round selection in 2026.

Schneider joins a strong blueline corps and will add experience to what was a thin group following the loss of Logan Cunningham and Tayem Gislason, both of whom left the club due earlier this season for personal reasons.

The Rebels operated with a half dozen rearguards for some time, not the ideal scenario.

“It’s not sustainable to only have six defencemen for the duration of a season,” said Rebels associate general manager Shaun Sutter. “We’ve gone almost three weeks that way and I don’t think it’s fair to anyone, to the players, to the coaches.

“There can be a lot of strain with only having six. With Marek, we get a veteran defenceman, a guy who’s played in the league and understands the preparation and everything that goes into playing every night.

“We get back to being more of a unit and it pushes everyone. We’ve created internal competition again with the trade and provided performance on a nightly basis.”

Schneider, whose older brother  Braden was a star defenceman with the Brandon Wheat Kings and is now a regular with the New York Rangers, is a defence-first type of blueliner.

The Blades’ second-round pick in the 2018 WHL draft, he recorded eight points in 78 games with Saskatoon, including one goal and one assist in 14 games this season. 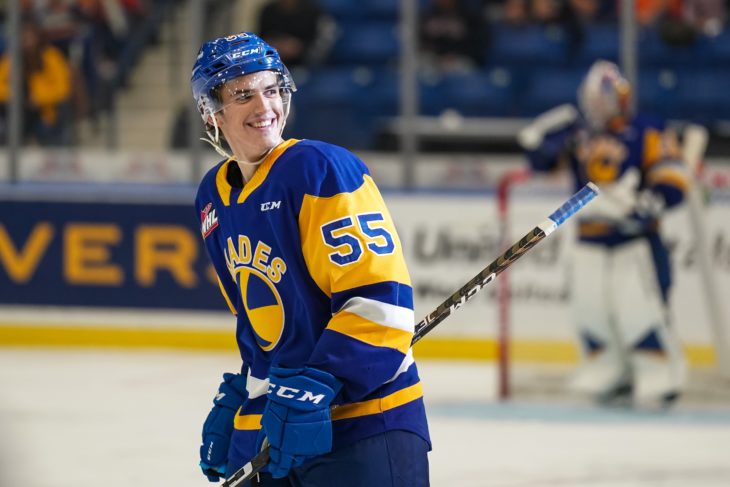 “I like to stay at home, play defence,” he said. “The offensive zone isn’t really my game. I like to take care of my own end first before I go to the other end.”

“Marek is a mobile, hard-nosed defenceman who plays a simple game. He defends well and can kill penalties,” added Sutter. “His brother is one type of player, and Marek is his own person.”

Schneider, who knew fellow Saskatchewan natives and current Rebels Jhett Larson and Hunter Mayo upon arriving in Red Deer, skated with his new teammates during a later Wednesday practice.

He’s looking forward to bringing a determined work ethic and a measure of sandpaper to the club.

“It’s hard to bring something new to the team when these guys are obviously doing great,” he said. “This is a very solid D-corps and I just want to make sure I bring hard work and grit. I want to make sure I do a  good job on the penalty kill, eat a lot of shots and make sure I put my body on the line every night.

Schneider, who is familiar with the Peavey Mart Centrium from his time with the Blades and as a member of Team Saskatchewan in the 2019 Canada Winter Games, talks to his brother on a consistent basis.

Often, he gets words of advice from the Rangers defender, a first-round pick in the 2020 NHL entry draft.

“I keep in touch with him quite a bit and he says get one per cent better each day and make sure you come in every day wanting to get better,” he said.

Sutter is confident the team’s newest addition will provide positive qualities, with an added bonus being that he’s a right-hand shot.

“Now we have three of those guys,” he said. “That helps coaches play players on their specific side, it helps them build defensive pairings. The coaches now have more options that way.

“I think it really solidifies our back end and it’s huge with him being a right-handed shot.”

“He’s a quality person. He’ll be a really good team guy, a culture guy and will be a leader that way.

The Rebels will host the Medicine Hat Tigers Friday at the Peavey Mart Centrium and entertain the Prince Albert Raiders 24 hours later before meeting the Hitmen Sunday in Calgary.