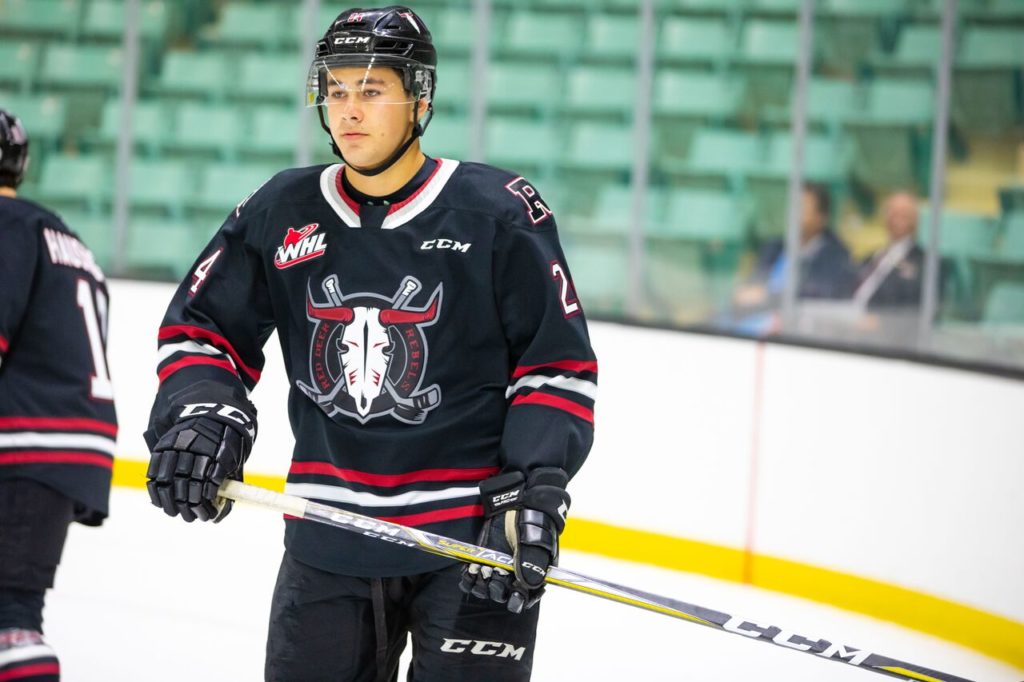 The youngest Red Deer Rebels team Brent Sutter has ever coached got even younger Monday.

The Rebels shipped 18-year-old forward Alex Morozoff to the Seattle Thunderbirds in return for a fifth-round selection in the 2021 WHL bantam draft, leaving the club with a 27-man roster, including 13 players 17 years of age and under.

By moving Morozoff, Sutter opened up additional room for the youngsters to play on a more regular basis and also further up the lineup.

“They have to play and at this point they deserve to play,” said the Rebels GM/head coach. “We knew we were going to be young this season, so let’s go young.

“Mo was in a situation, a numbers thing, and his role probably wasn’t going to change from where it was last year,” Sutter added of the bottom-six centre. “We have a lot of centre icemen among our young kids.

“We just left like we have younger guys who can play on the power play, so let’s give Mo an opportunity to go somewhere where he can play more perhaps and give himself a chance to have maybe a deeper role than he was going to have with us this year.”

Morozoff joined the Rebels in late December of 2017 and went on to score six goals and add two assists in 30 games that season.