Monday trades bring in players who can help Rebels in goal, up front 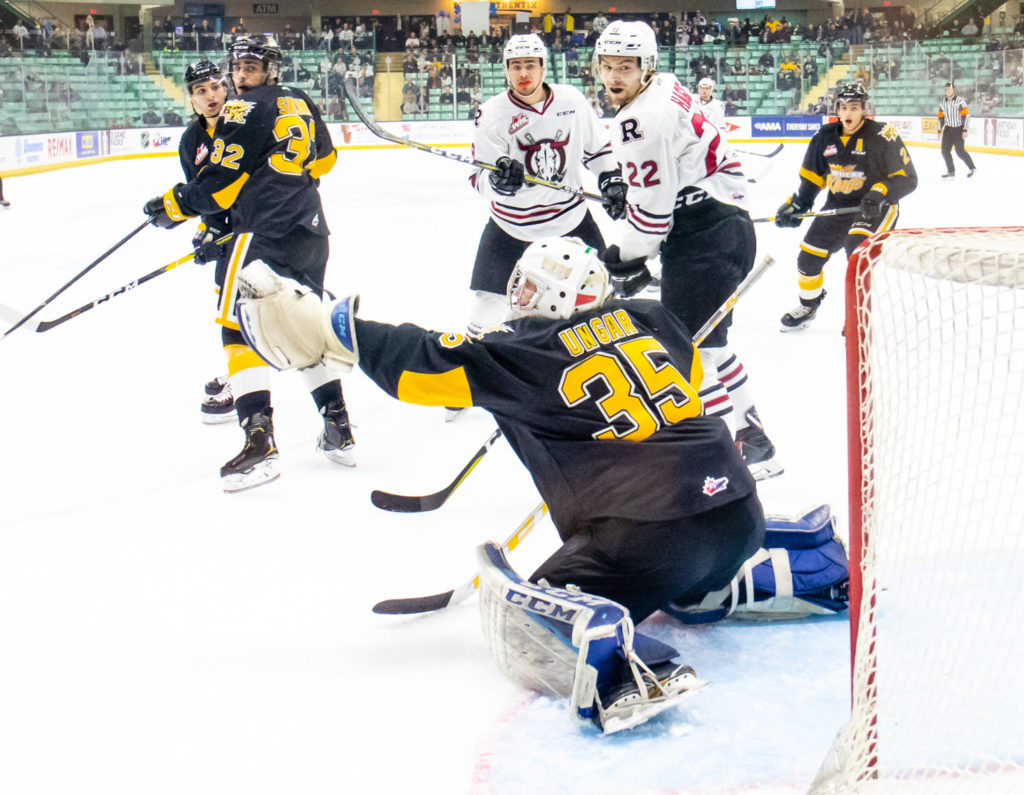 Red Deer Rebels president and general manager Brent Sutter addressed a pair of problem areas with his team on Monday.

The Rebels’ goaltending was somewhat inconsistent the past two seasons and the addition of Ungar will make for some stiff competition for the starter’s job in 2021-22 with potential returnees Chase Coward and Byron Fancy also in the mix.

“That was probably a priority for us, a position we had to look at,” said Sutter. “It’s always hard to trade a player like Mason Ward, but that’s who Brandon wanted and we felt like we needed to bring in a goalie.

“It’s good for both players and both teams.”

Ungar, 19, played eight games for the East Division champion Wheat Kings in the just concluded and abbreviated season, posting a 5-2-1 record with a 2.87 goals-against average and .904 save percentage.

He appeared in two games with Brandon the previous season in which he also played 19 games with Whitecourt of the AJHL and recorded a 2.58 GAA and .921 save percentage.

Rebels fans will remember Ungar (pictured above) from a Jan. 30, 2019 contest at the Centrium, in which the Calgary product made 34 saves in a 4-0 shutout of the home team. He had a 2.81 GAA and .915 save percentage in four games with Brandon that season.

Ward, also 19, had two goals, four assists and 26 minutes in penalties in 21 games this year. For the six-foot-five, 218-pound Lloydminster native, it was his second season with the Rebels.

Keeler, meanwhile, was a first-round pick of the Oil Kings — 22nd overall — in the 2016 WHL entry draft and scored three goals and collected 12 points in 19 games for the Central Division champs this year, his fourth with the team.

With Keeler, the Oil Kings would have had five overagers seeking three spots heading into the 2021-22 season, while the Rebels were looking for a productive overager to help boost an offence that sputtered too often this year.

“They were in a situation with their 20-year-olds and we felt we needed to upgrade ourselves at that age group,” said Sutter. “We get a player who comes from a very good program, a team that has had success.

“He brings that winning experience to us and he’s someone we know can be an important forward for us. He can have a significant role and be a leader with our team. My job as a GM is to improve our team and we feel we’ve improved our 20-year-old situation.”

Keeler (pictured below, No. 12, photo by Rob Wallator) will compete with Fancy and forwards Arshdeep Bains and Zak Smith for the three overage positions in the fall. 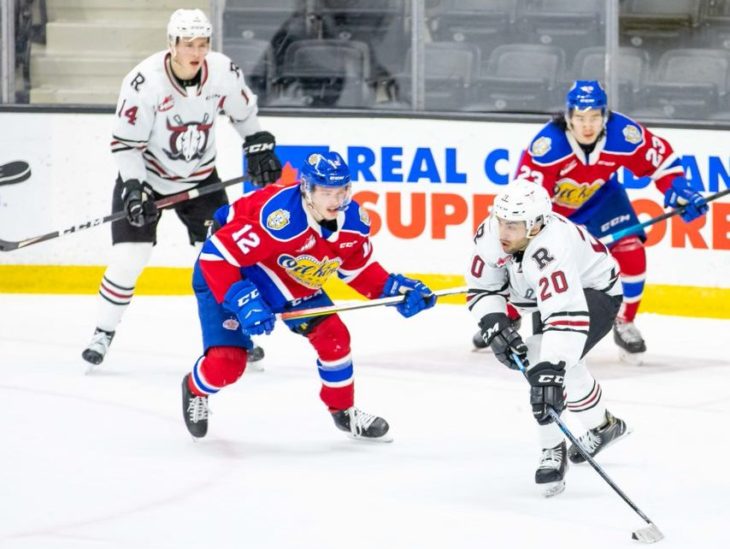 “It’s a good trade for both teams,” said Sutter. “They wanted a winger in that age group so it works great for Wieber too.”

Sutter talked to both incoming players following the trades.

“Connor is very excited, he can come here and battle for the No. 1 spot,” said Sutter. “In Brandon they were going to go with their 20-year-old goaltender (Ethan Kruger) next season so Connor already knew what the plan was there.

“He’s very excited. He’s a Calgary guy who will be closer to home.”

“With Liam it’s a different situation. He’s been with Edmonton his whole junior career, since he was 16,” said Sutter. “He’s disappointed in the fact he’s leaving his hometown.

“But him and I talked about how change can be good for you . . . just the whole different setting with new teammates and a new organization and how it can be a change for the good.

“He’s going to take his game to hopefully a whole different level here and that’s what he’s looking forward to. The trade was an initial shock to him but he seemed excited when I talked to him.

“He brings really good experience from a winning program, which is huge.”

Both Keeler and Ingram were with championship teams this year.

“Brandon has won too, look at the short season they had,” said Sutter, referring to the Wheat Kings’ 18-4-2-0 record. “They do things right in Brandon and it’s been that way for a long time there.

“We added players in areas we have to get better at and the players who are leaving are players who were wanted. So it works out great for everybody.”

With the uncertainty surrounding the COVID-19 pandemic and the Canadian-US border, Sutter felt that dealing Gracyn Sawchyn to the Seattle Thunderbirds last week for a second-round bantam pick in 2022 was the right thing to do.

The 16-year-old, who is originally from Edmonton and now lives with his family in Minnesota, was the first overall pick in the 2020 US Prospects Draft but with the Rebels cancelling both their prospects and main camps last year, Sawchyn never had close contact with the organization.

Plus, he’s a prime candidate to be selected for the US National Development Program and therefore would be better served playing with a US-based WHL team.

Sutter wrestled with the decision while watching Sawchyn play in the recent US under-16 nationals in St. Louis, and then while flying home.

“I talked to him to him and his family there. He’s a very good player who comes from a great family,” said Sutter.

“They have a connection with the Thunderbirds. The family and the ownership group in Seattle know each other very well. It’s a good fit for him to possibly play in our league. I didn’t think we were going to be an option for him because of all the obstacles.

“As hard as it is because he’s a really good player, you have to do what’s right for the player and give him maybe a better option, because of the circumstances, to be able to play in our league.

“The only way it’s going to happen is to keep him in the US.”