Mayo working towards being a regular on Rebels blueline next season 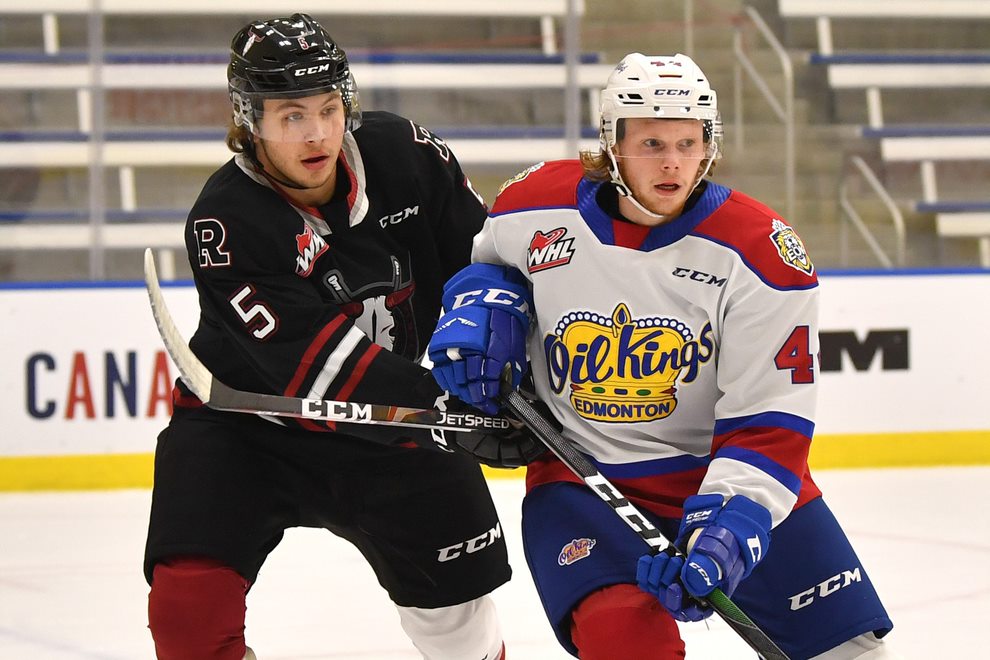 Patience is a key component of most athletes attempting to make their mark at the next level.

Hunter Mayo has accepted the fact that he has not been nor likely will be in the Red Deer Rebels’ lineup on a consistent basis during this abbreviated 24-game WHL Central Division season.

Such is life for a rookie trying to move forward with a host of older players already manning the blueline.

“It’s about learning how to play in the league and continuing to catch on to things the older guys are doing,” said the 16-year-old native of Martensville, Sask. “Once you get on the right track you can get in the lineup more.”

Mayo has dressed for four of the Rebels’ 10 games this season and is pointless with two minutes in penalties and a plus/minus rating of zero.

After an outstanding season with the Martensville Marauders that led to him being selected in the second round — 23rd overall — of the 2019 WHL bantam draft, the six-foot-one, 190-pound blueliner took a regular shift with the midget AAA Saskatoon Blazers during the 2019-20 campaign.

Mayo, 15 at the time, scored 13 goals and put up 32 points in 41 games while competing against players up to two years older. He then added three assists in four playoff contests.

Barely a month into the season, Mayo suited up with Team Saskatchewan in the WHL Cup played in Calgary, where he scored three goals during the tournament and drew an assist in a gold-medal win over Manitoba.

Last fall, he notched two goals and added one helper in four games with the Blazers before they were shut down due to the COVID-19 pandemic.

“I feel like playing at that (midget AAA) level helped me gain some confidence,” he said. “It was nice to be able to play with and against some older guys before coming here.”

Mayo admitted he’s not the whole package, at least not yet.

“I feel I still have some weaknesses that I need to improve on . . . my skating has to improve,” he said. “I just have to keep getting quicker and I’ll be able to do some good things in this league.”

While he hasn’t been a regular on the Rebels blueline, Mayo feels he’s improved his overall game since arriving in Red Deer in late February.

“I think so . . . just being with the older guys and learning from what they’re doing has really helped me,” he said.

“Brent (GM/head coach Sutter) runs good practices. He likes to keep things quick, not a lot of water breaks. We’ll usually go over the drills just before practice then get right into it so we can stay sharp and quick out there.” 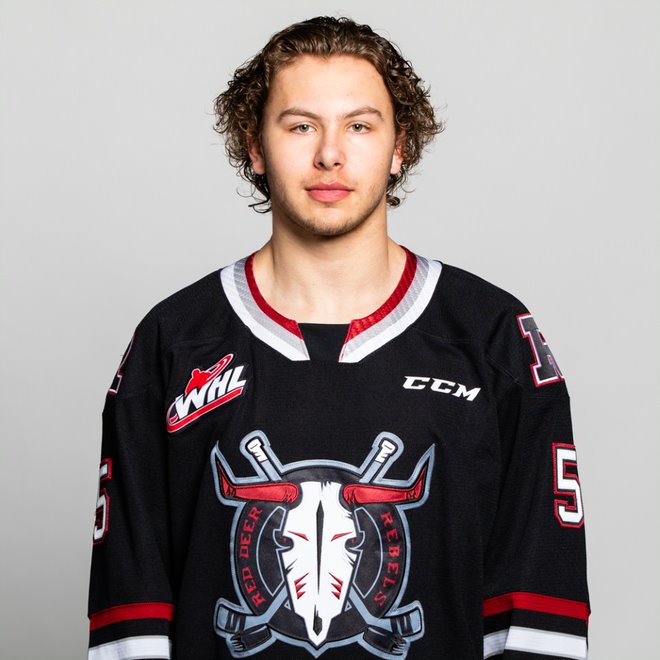 Sutter likes the potential of his rookies — a group that also includes rearguards Jace Weir and Trey Patterson, goaltender Chase Coward and forwards Kalan Lind, Carter Anderson, Josh Medernach and Jhett Larson — and has expressed to them the importance of moving forward and staying patient.

“He’s said we’ll all get a chance to play this year but to keep on learning for next season,” said Mayo, whose goal is to become an impactful two-way WHL defenceman. “This year is just kind of a learning point for us.”

Mayo and his teammates have lived in a bubble since the start of the season, eating and sleeping inside the Centrium.

“Most days are pretty good,” he said. “We go down for breakfast, then have our school sessions before lunch. Before practice we’ll go for a team walk if it’s nice out. Then we’ll have supper and hang out.”

Notable: The Rebels, off since March 21, return to action on Friday against the visiting and division-leading Edmonton Oil Kings. The clubs meet again on Saturday in Edmonton and complete the three-game set on Monday at the Centrium . . . C Ben King leads the Rebels in scoring with eight points (3g,5a) despite missing two games due to an injury. LW Josh Tarzwell (5-1) and C Chris Douglas (3-3) each have six points and LW Arshdeep Bains (3-2) and D-men Kyle Masters (0-5) and Chase Leslie (0-5) have five apiece . . . RW Dylan Guenther is the Oil Kings’ top producer — and second overall in the league — with nine goals and 18 points in nine games. LW Jake Neighbours is next with four goals and 16 points, while C Oliver Kaid (5-7-12), Josh Williams (7-4-11) and LW Jalen Luypen (6-4-10) round out the team’s top five scorers . . . Oil Kings No. 1 netminder Sebastian Cossa, who along with Guenther is projected as a first-round pick in this year’s NHL entry draft, sports a 1.50 goals-against average and .945 save percentage. Back-up stopper and Red Deer native Colby Knight has a 2.00 GAA and .900 save percentage. Rebels regular starter Ethan Anders has posted a 4.08 GAA and .871 save percentage in eight games, while Byron Fancy has numbers of 3.66 and .882 in three outings . . . King, along with D-men Mason Ward and Josh Williams are no longer on the Rebels injury list. Masters (upper body) is listed as day-to-day and C Jayden Grubbe is out for the season with a lower body injury . . . Edmonton is minus the services of forward Scott Atkinson (week-to-week), while blueliners Matthew Robertson, Logan Dowhaniuk and Keagan Slaney are all day-to-day . . . Edmonton’s power play is operating at a 32.6 per cent success rate, third overall. The Oil Kings’ penalty kill is second overall at 91.3 per cent. Red Deer’s special teams are 17.9 (power play, 15th overall) and 70.2 (penalty kill, 19th).