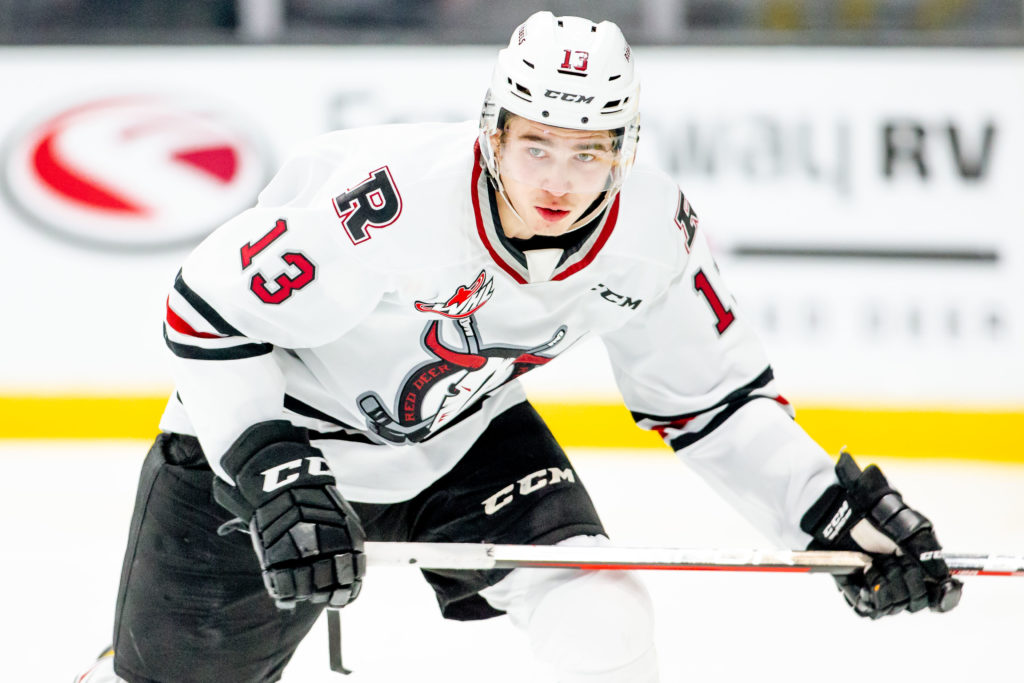 Kalan Lind has a pretty good feeling he did enough with the Red Deer Rebels this past season to catch Hockey Canada’s attention.

His hunch was proven correct on Thursday as the Shaunavon, SK native was announced as one of 44 invitees to Canada’s National Under-18 selection camp for the Hlinka Gretzky Cup, which will be played at the Peavey Mart Centrium in Red Deer from July 31 to August 6.

The selection camp goes July 20 to 23 in Calgary with Canada’s roster for the tournament to be announced the following day.

“It’s going to be a great experience,” Lind said Thursday from Saskatoon, where he’s finishing the current school year. “Hopefully, I can come in there and have the best camp and prove myself and win a spot on that team.” 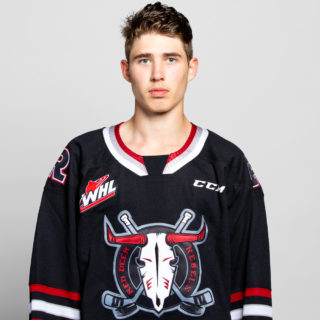 “I think I had a pretty good rookie year,” he suggested. “I started off a little bit slower than I’d like, but I think once I got my feet under me and got going, I started to do everything, all the little stuff, right. The goals and points came, and the opportunities that I got this year, they kept coming as I kept playing the game right.”

Lind’s performance earned enough trust from the coaching staff that by season’s end he was seeing not just more ice time, but important minutes on the top line and the power play.

“When you’re playing with Arshdeep (Bains) and Kinger (Ben King), that builds your confidence. Those were two of the best players in the league last year and it was an opportunity I was very grateful for, and I tried to capitalize on it when I was playing with those guys.”

As notable as his steadily improving offensive prowess, Lind also led the team with 93 penalty minutes last season, much of that the result of his hard-nosed style of play that often draws the ire of his opponents.

“I think that’s probably one of the biggest parts of my game. It gets defenders off me and creates more room for me,” he noted.

“There’s a kind of a fine line that I’ve tried to find this year, talking with coaches and everything and trying to find that fine line of playing on the right side and crossing it the odd time, just getting under other guys’ skin and not letting them get under mine.”

Lind got a taste of what it’s like to play for his country when he competed last November at the Capital City Challenge, a U17 event in Ottawa. He scored three times and added one assist in five games in helping Team White win bronze at the event.

“That was a great experience. We got to play against the top guys in our country. And then we got to play the National Women’s Team, and they were a great team. It was really cool to be able to play them and then watch them at the Olympics.

“It was competitive even though there wasn’t that much on the line. Everyone’s still wanted to win improve themselves. It was pretty good.” 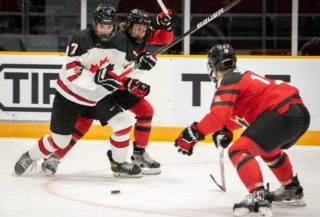 When not in class, Lind, who turned 17 in January, is spending his off-season working out with older brother Kole, a member of the NHL’s Seattle Kraken, and Rebels teammates Jhett Larson and Hunter Mayo.

He’s most definitely looking forward to hopefully representing his country at the Hlinka Gretzky Cup in his home rink.

“We are excited to bring together a group of 44 athletes with a solid foundation of junior and international experience for selection camp,” said Alan Millar, Hockey Canada’s director of player personnel, in a release. “As our players are preparing to compete in short-term competition, we know all 44 players will come to camp ready to compete for a spot on the team and the opportunity to wear the Maple Leaf in international competition.”