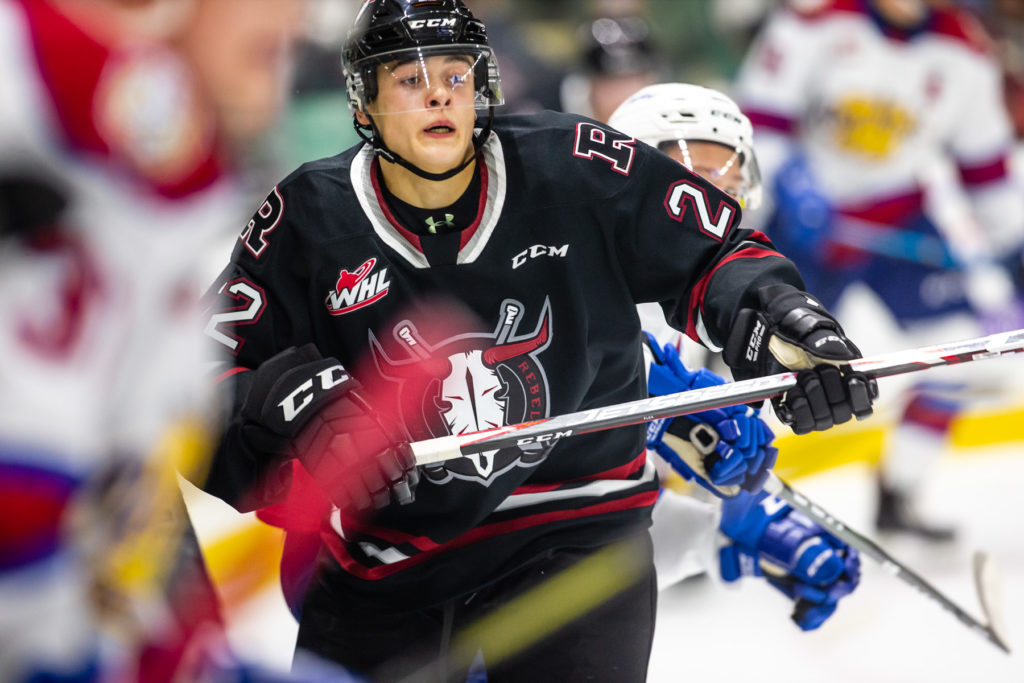 Keaton Sorensen has a plan of attack against opposing WHL players, the vast majority of whom have a size advantage over the Red Deer Rebels rookie forward.

“Definitely, you have to get to pucks first,” he said Monday. “Puck protection, which is something I’ve been working on, and just beating the bigger guys to pucks.”

That can be easier said than done, of course, but then again the 150-pound Red Deer native — who stands a shade under five-foot-10 — has played with a size disadvantage most of his minor hockey career, which included three years at Notre Dame College in Wilcox, Sask.

Sorensen played his second season of bantam at Notre Dame and then two years at the midget AAA level. The Rebels signed Sorensen during the 2017-18 season in which he scored 20 goals and collected 36 points in 43 games with the midget Argos as a 15-year-old.

Last season he finished second in Saskatchewan Midget AAA League scoring in points with 65, and his 33 goals with the Hounds were tops in the league. He also picked up a single helper in three games with the Junior A Notre Dame Hounds.

So what was the key to his success last winter?

“Honestly just getting pucks to the net,” he said. “Just being hard on pucks and being first to pucks. And for sure I had good linemates, we had pretty good chemistry. Our team had a good year too.”

Sorensen has dressed for nine of the Rebels’ 11 games this season and has contributed a goal and an assist. He’s also a minus-1 player, respectable considering Jaxsen Wiebe is currently Red Deer’s lone plus player at plus-1.

The diminutive winger has been noticeable more often than not, but feels he can be better than what he’s shown.

“I think I’ve gotten off to kind of a slow start,” said the 17-year-old. “I think I can always improve my game through hard work and just trying to get better every day.”

While there have been many major junior players who have preferred, for various reasons, to perform in locations other than their hometowns, Sorensen isn’t part of that crowd. He admitted that he’s enjoyed playing in front of family and friends.

“It’s a lot of fun playing at home. I grew up always wanting to play for the Rebels and I finally got the chance,” he said. 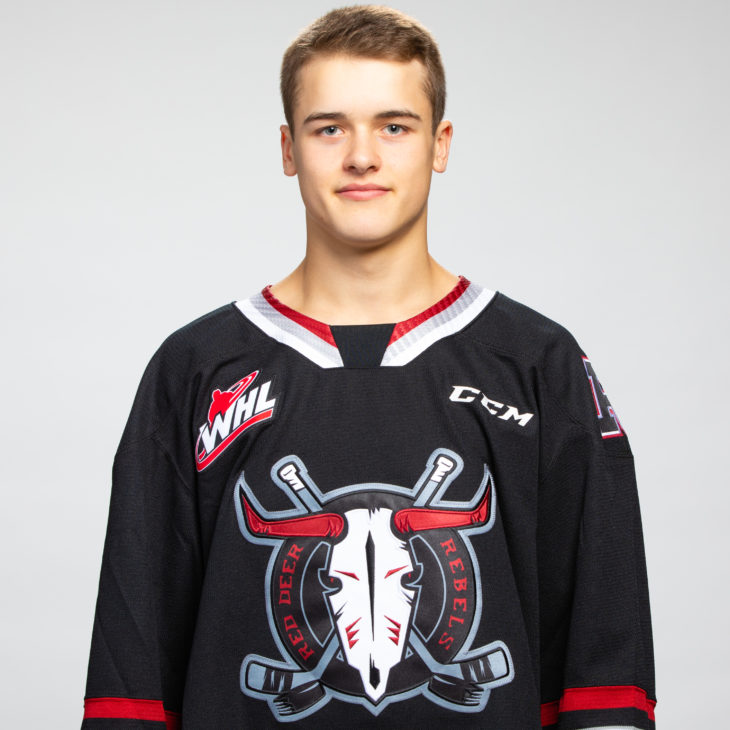 Following the preseason contests, Sorensen, like basically every rookie in the league, found the early regular season games to be eye-openers.

“It’s a big step getting used to the (lack of) reaction time,” he said. “You just have to play your best game every day. There’s no time to have an off game, you always have to be playing your best.”

Points have been hard to come by for Sorensen this season, but that’s understandable considering his rookie status and the fact the rebuilding Rebels have a roster composed of a dozen 17-year-olds and two 16-year-olds.

But he believes he can become a major offensive contributor down the road, that the game will eventually slow down for him.

“I’m confident of that. I know when I first starting playing midget it seemed slow, and hopefully it will be the same here,” he said. “I just have to keep playing my game.”

The Hurricanes are riding a four-game win streak and have improved their record to 7-4-0-1, good for third place in the Central Division and fourth spot in the Eastern Conference . . . C Dylan Cozens, the seventh overall pick in the 2019 NHL entry draft by the Buffalo Sabres, is the ‘Canes leading scorer with eight goals and 14 points in 10 games. LW Oliver Okuliar, a 19-year-old Slovakian, is next with 12 points (5g,7a), while defencemen Alex Cotton (3-7-10) and 2018 Pittsburgh Penguins second-round NHL draft pick Calen Addison (3-6-9) follow . . . Carl Tetachuk and rookie Bryan Thomson have split the Hurricanes goaltending duties. Tetachuk is 3-2-0 with a 2.14 goals-against average and .924 save percentage while Thomson is 4-2-0 with a 2.53 GAA and save percentage of .901.