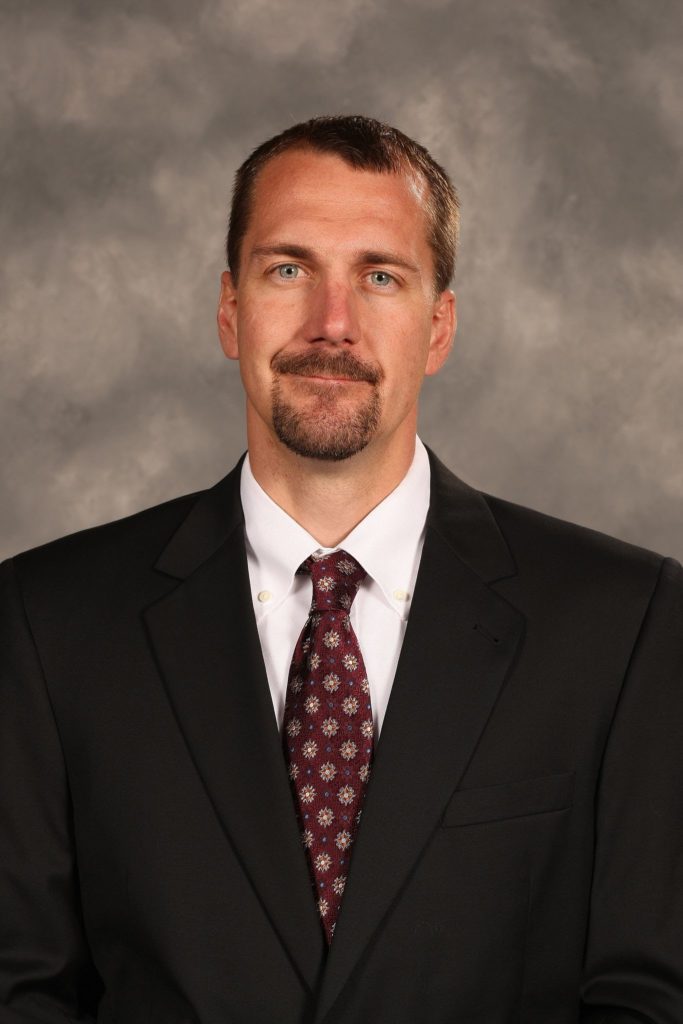 Once a coach, always a coach.

Now, that may not necessarily be the case for Steve Konowalchuk, but the newly appointed Red Deer Rebels head coach realized not so long ago that he missed the challenge of guiding a major junior hockey team.

Konowalchuk’s hiring was announced on Tuesday by Rebels owner, president and general manager Brent Sutter, who stepped down as head coach on April 11.

“I’m very excited. I was excited as soon as I started talking to Brent,” the 48-year-old said. “I’m excited for the season to get going, to get behind the bench and help the players and be a part of the team. Yes, very excited.”

Konowalchuk was a WHL star with the Portland Winterhawks in the early ‘90s and went on to play 790 games in the NHL, mostly with the Washington Capitals, with whom he served as captain for two seasons. He also played two seasons with Colorado and was an assistant coach with the Avalanche for two years after retiring as a player.

From there, he was head coach of the Seattle Thunderbirds for six seasons, from 2011 to 2017, and guided his team to the WHL championship each of his last two years, winning the league title in 2017.

Following his time in Seattle, Konowalchuk joined the Anaheim Ducks coaching staff as an assistant for one season and has been employed as an amateur and pro scout for the New York Rangers the last three years.

“I enjoyed that, but there was always a part of me that wondered which path to follow — to stay on the management side or the coaching side,” he said. “I guess there are pros and cons to both.”

The opportunity to get back in the WHL, and particularly with the Rebels organization, was too tempting to pass up.

“I saw a while back that Red Deer was looking for a coach and that got me thinking,” said Konowalchuk. “With the reputation the organization has and with all Brent’s done in the game, it was intriguing for me because I want to be in a place where I can grow as a coach.

“You always want to go to a place where you can learn, just like when I was with the Rangers I was learning about scouting and management. I know when I was coaching in Seattle that Red Deer was always considered to be one of the teams that had a chance to win all the time.”

In order to achieve success, Konowalchuk believes that the lines of communication between coaches and players have to be open at all times.

“As a coach I feel I’ve had a good relationship with the players, during team meetings of course but probably moreso individually,” he said. “I can communicate what I’m thinking, whether it’s something they might want to hear or may not want to hear.

“In Seattle I was able to build up some trust with the players. When I pushed them they understood why and appreciated it. I think if you can build the trust in your players that you really do care for them and that you want the best for them on and off the ice . . . if they don’t have that trust and believe you’re there for them, then at times when you’re trying to push them it gets harder for them.”

Konowalchuk will bring that mindset to Red Deer.

“I’m truly there to work and help grow the kids as players on and off the ice,” he said. “That’s a big reason why I want to go back to junior hockey.”

“Over the years guys will text me the odd time or I’ll watch a guy on TV and know that I had just a small part in their life. It’s been very rewarding,” he said.

“As a Rebels coach that’s what I hope to instil with the group — that I’m there for them, that I’m there to help them, pass on all my experience and win a championship.”

Sutter, meanwhile, is more than confident that he’s found the right man for the position.

“He’s a guy who at the end of the day checked off all the boxes we wanted checked off,” said Sutter.

“He was a player so he understands what it takes to get to the pro level. He had to work extremely hard to get there and had a very successful career in the NHL. He’s been an assistant coach in the NHL and a head coach in our league with success.

“He took his team to the finals two years and went through a growing period to build it to that point. Everyone we’ve talked to said he’s just a real good person and a real good hockey man.”

Konowalchuk and Sutter have more than one coaching trait in common.

“He knows the game really well and I really believe he’s somebody who the players can trust,” said Sutter. “He believes in a lot of things about how you have to play and the work ethic and intensity that’s needed.

“He’s a believer in all of those things. It’s a good fit at the right time for our hockey team and organization and our fans.”

Sutter will hire an assistant coach and likely a goaltending coach at a later date.