Kelsey excited, confident for big opportunity between the pipes 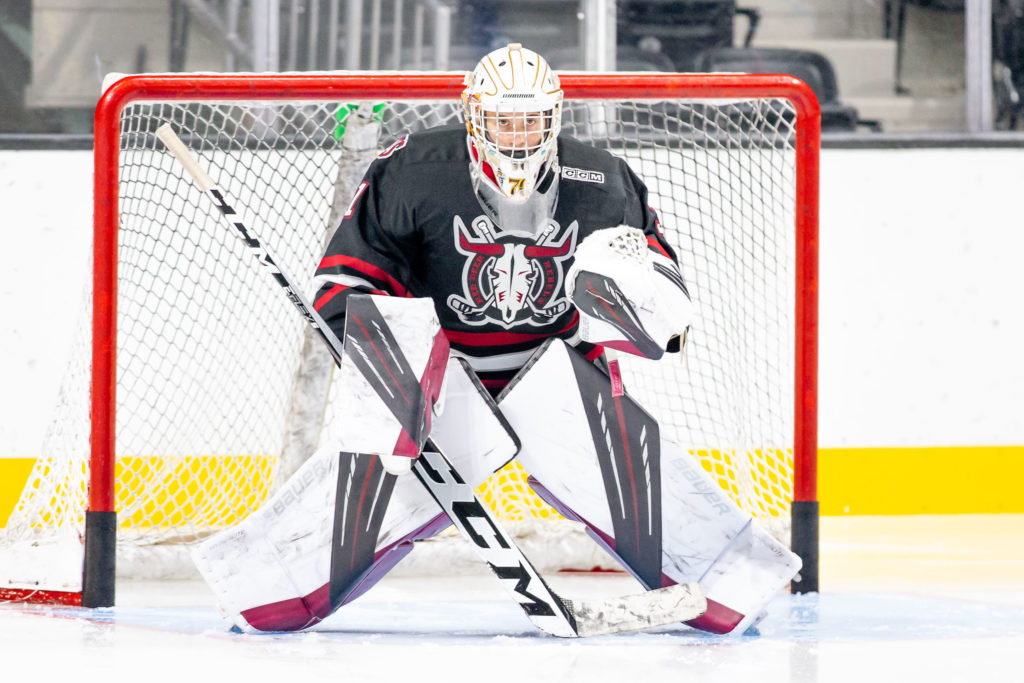 When Kyle Kelsey was dealt to the Red Deer Rebels in May, he saw it as a prime opportunity.

At the time, he had no idea of just how accurate that hunch would be.

Kelsey, acquired from the Moose Jaw Warriors, was projected to serve as back-up to veteran netminder Chase Coward this season.

But while attending the Buffalo Sabres prospects camp as a free agent during the summer, Coward underwent testing and discovered a congenital defect to his lower body. As a result, he decided not to report to the Rebels camp.

“It’s very unfortunate for him. You never want to see anyone go through that and have to make that decision,” Kelsey, 18, said Thursday. “It’s obviously very tough for him and opens the door for me. I just have to keep playing my game, keep working hard and hopefully things will fall into place.”

Kelsey, who currently shares the crease with 16-year-old drafted prospect Chase Wutzke and recently signed Rhett Stoesser, 17, was acquired from the Warriors in return for goaltenders Connor Ungar and Justen Maric and a conditional fourth-round selection in the 2026 WHL Prospects Draft.

The Maple Ridge, BC product, who signed with the Warriors in 2019 but never played a regular-season minute with the team, was aware his rights were about to be dealt to another WHL team, but where?

“I knew it was up in the air where I was going to go. Then I got a call from (Rebels GM) Brent Sutter,” said Kelsey. “The opportunity was there and I knew I couldn’t let it pass by. I was super excited and just knew I had to come.”

In return for Kelsey, the Rebels received a fourth-round pick in this year’s Prospects Draft, which they used to select defenceman Tate Dolinksy of Winnipeg, and a conditional sixth-round selection in 2026.

Kelsey was honoured as the top U16 goaltender in the Canadian Sport School League for the 2019-20 season after posting a 2.96 goals against average, a .921 save percentage and two shutouts in 21 games with the Burnaby Winter Club Elite 15s, and numbers of 1.00 and .968 in one playoff contest.

“It was great, the hockey was really good,” said Kelsey of his junior A experience. “It was a big jump up from midget with just the speed and power of the players.

“Hopefully it’s not too big of a jump going into this year.”

Kelsey, who split time with Wutzke in a 6-3 preseason loss to the host Calgary Hitmen last Friday — stopping 23 of 26 shots in the process — doesn’t adhere to any particular style while guarding the net. Instead he tries to employ some of the techniques of NHL goaltenders Andrei Vasilevsky (Tampa Bay) and Juuse Saros (Nashville).

“I like to play a mix between Vasilevsky, who’s always down, and Saros, who likes to stay on his feet. I’m just trying to find my own little mix, my own little rhythm.” 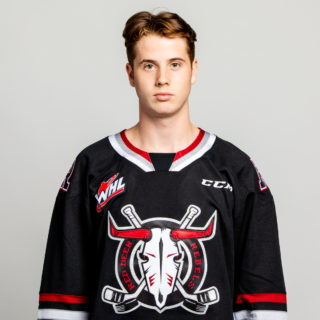 So far, Kelsey has proven he can stop the puck with authority at the top minor hockey and junior A levels. The Rebels, in turn, see him as a netminder with major junior promise, a stopper with a load of promise.

Rebels directors of goaltending/coach Ian Gordon was familiar with Kelsey prior to the trade.

“I’ve seen him play and known him for a couple of years,” said Gordon, who has run goaltender camps in BC. “We had some information on him before the trade for sure.

“He’s a fairly technical goalie coming off a strong season in the BCHL last year. We have a lot of hopes for him to take a step here with us.”

Kelsey plays with a sense of confidence and isn’t easily rattled, Gordon said.

“He plays a pretty controlled game, he’s not flying all over the place,” said Gordon. “It’s important for him to get position and then let it happen.

“He plays a pretty structured game.”

The Rebels close out their preseason schedule this weekend with a home-and-home with the Lethbridge Hurricanes, Friday in Lethbridge and Saturday (7 p.m. start) at the Peavey Mart Centrium.