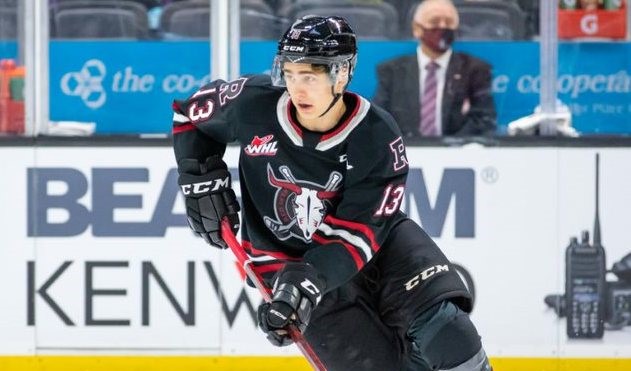 Red Deer Rebels forward Kalan Lind has received an invite to Canada’s National Men’s Summer Under-18 Team selection camp where he will compete for the right to play for Team Canada for the 2022 Hlinka Gretzky Cup in Red Deer (July 31 – August 6).

Lind, a native of Shaunavon, SK, reached the 20-goal plateau in his rookie season with the Rebels in 2021-22 and had 38 points overall in 61 games played. He was also plus-17 and had a team leading 93 penalty minutes.

Selected sixth overall by the Rebels at the 2020 WHL Prospects Draft, Kind competed at the 2021 Capital City Challenge in Ottawa last November, helping Team White win the bronze medal. Lind scored three times and added one assist in five games in the four-team tournament that included the women’s national squad and three teams featuring the top under-17 players from across Canada.

A total of 44 players – including four goaltenders, 14 defencemen and 26 forwards – have been invited to the selection camp, which takes place July 20-23 at the Markin MacPhail Centre at WinSport’s Canada Olympic Park in Calgary. Following the selection of the final U18 roster on July 24, Team Canada will play a pair of games against Red and White teams from Canada’s National Junior Team (U20) summer camp.