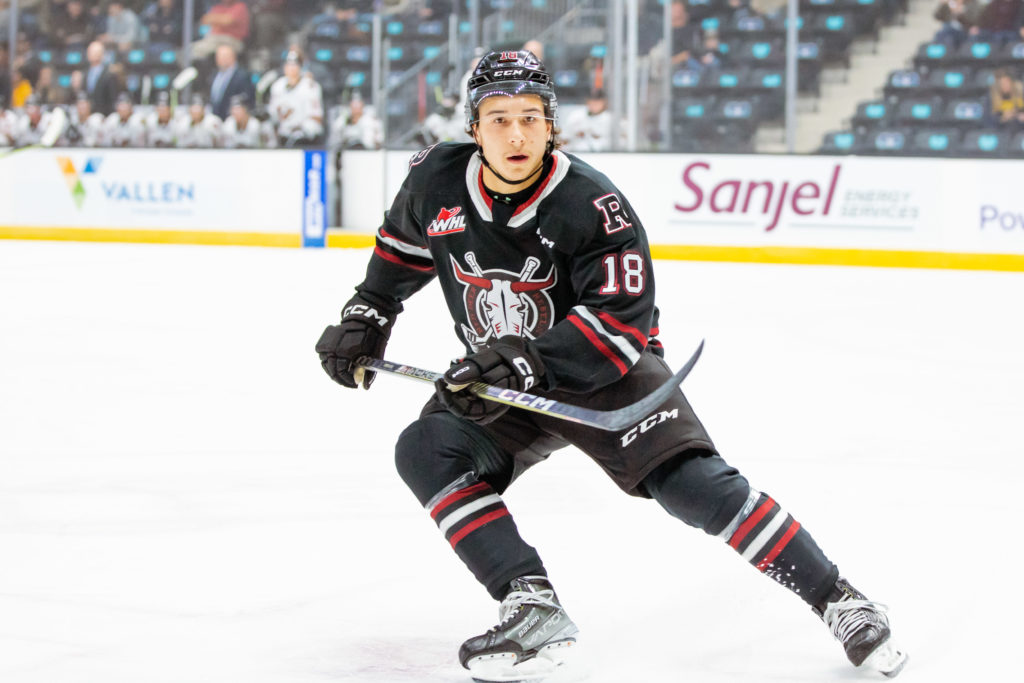 An off-season of tireless training has lead to a season of absolute personal success for Jace Isley.

The Rebels veteran forward is already approaching a career high in points with 22 in a like amount of games this season, something he attributes to a summer of intense workouts.

“My agent and I work out in the summers and we pushed my limits this summer. That’s the reason I’ve been performing this year,” Isley said Tuesday. “I did a lot of cardiovascular training, working on my strength and explosiveness.”

That training has led to a stronger forecheck and increased acceleration for the fourth-year Rebel.

“Just being gritty on the forecheck is usually my style and I just have to keep doing what I’m doing,” said the 20-year-old.

The increased conditioning has also helped Isley offensively as he has already scored 13 goals, just two off his 2021-22 total.

“I needed to create more offence. My last couple of seasons I hadn’t been creating that much, but now I feel more comfortable,” he said.

Isley’s offensive game grew in the latter stages of the ’21-22 campaign and he’s taken it to new heights just months later.

“The second half of last season was a huge jump for me and I’m kind of feeding off that last part of the season,” he said.

“It’s really good playing with Grubber and Lars,” noted the Rebels’ fifth-round pick — 107th overall — in the 2017 WHL Prospects Draft. “They work hard in the corners and I rely on them to give me the puck and also rely on them to keep the puck if the situation calls for it.”

Third-year assistant coach Ryan Colville has seen Isley progress from season to season and has been witness to the player’s major bump in growth this fall.

“He’s playing a bit more professional and you can see he’s obviously a year bigger and stronger and playing with more confidence,” said Colville. He’s got sneaky speed and a real good ability to take pucks to the net and protect pucks. He’s a strong power forward.”

Colville added that a noticeable improvement in Isley’s game this summer is his ability to get off the mark quicker. 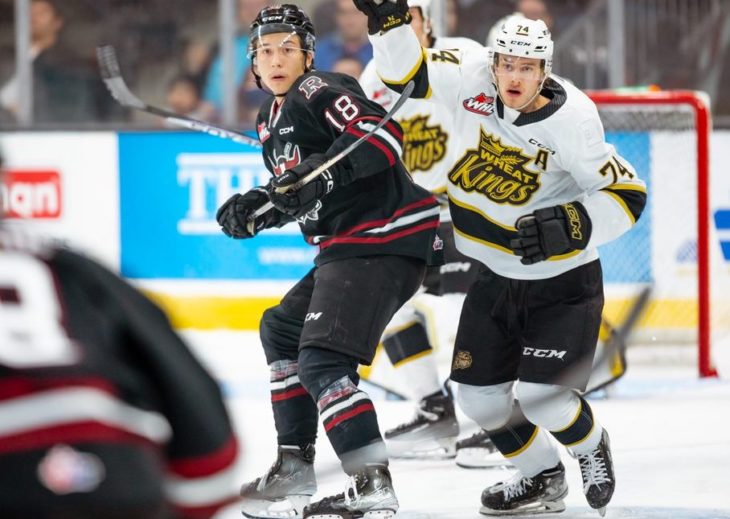 “He’s put a lot of work in and it shows on the ice where his first step is pretty quick,” he said. “I think he’s always had the top speed but now those first couple of steps are pretty powerful and once he gets going he’s hard to stop.”

At the time, Ben King had returned from the pro ranks and was raking with five goals and 10 points in five games while skating with Larson and Kalan Lind.

Once King is back in gear and an early January return seems likely, the possibility exists that the Uchacz-Grubbe-Isley line may be reunited.

“It was a powerhouse line and it was real easy playing with those guys,” said Isley. “When Kinger comes back he’s going to add more offence. He’s a big part of our team and we need more scoring.”

Finding the back of the opposition net has been a bit of a problem for the Rebels in recent outings, including back-to-back losses to Lethbridge and Brandon in which they deserved a better fate in both.

The Rebels opened the season with 15 straight wins, establishing both franchise and modern-day WHL records, but have dropped six of seven games since.

“Stuff happens. Every good team faces adversity and we just have to overcome it,” said Isley.

Notable: Isley has been handed a one-game suspension after being assessed a major and game misconduct following a collision with Brandon netminder Nicholas Jones in Saturday’s 4-2 home-ice loss. As a result, he’ll be unavailable for Friday’s contest against the Medicine Hat Tigers at the Peavey Mart Centrium. The Rebels will host the Prince Albert Raiders 24 hours later and will meet the Hitmen Sunday in Calgary . . . Prior to last Saturday’s game, Grubbe was presented with the Mitchell and Jewell Rebels player of the month award for October.