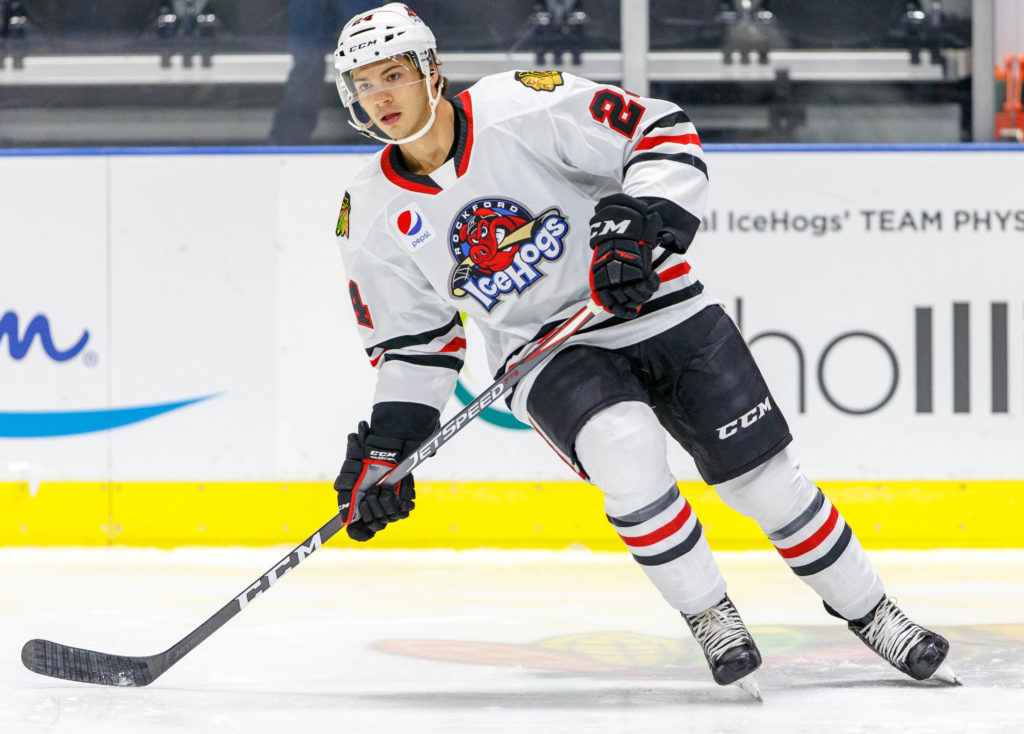 His thirst was quenched.

“For the most part it was definitely a learning curve, but I learnt a lot and that’s what I wanted to do. I had a lot of fun,” Johnson said Tuesday, in reference to his rookie pro season with the American Hockey League’s Rockford IceHogs.

Johnson played only half the 2015-16 Western Hockey League season and missed the entire following year due to shoulder surgeries, but scored 23 and 27 goals in his final two seasons with the Rebels.

His final season, as a 20-year-old, he also added 26 assists for 53 points and signed a three year entry-level deal with the Chicago Blackhawks in March of 2019.

Johnson’s attention to detail at both ends of the ice was attractive to the Blackhawks. His faceoff skills also stood out during his final season in Red Deer, and in fact his success rate of more than 64 per cent was the best in the WHL.

The Saskatoon native played six games with the Chicago affiliate IceHogs in the spring of 2019 — picking up four assists in the process — and scored four goals and collected four assists in 52 games of the 2019-20 AHL season, which was halted in March due to the COVID-19 pandemic and officially cancelled in May.

While his offensive numbers were unspectacular, he showed he didn’t lose his expertise in the dot.

“I was pretty happy with my faceoffs this year,” he said. “As the year went on the coaches would put me out to take more of them, including later in games. I was right around 59 per cent (successful).”

“I enjoyed living on my own with a couple of roommates. It was definitely a little different than in junior, but it was good,” said Johnson. “Making all your own meals and stuff like that took some time to get used to, although I kind of did a bit of that in junior as well.

“On the ice, it was just a whole different level. Playing against grown men was a big jump.”

“Three buddies from the states. I would tell them what Canada is like,” he said.

Johnson, 21, just recently resumed skating and will return to his usual off-season regimen early next month.

“My pro group will start working out with our trainer at the start of July,” said the six-foot-one, 192-pound winger/centre. “But I have pretty good programs from Rockford and Chicago that I’ve been working on.

“I just got back on the ice. I had my second skate yesterday and I’m just taking it easy to start.”

While the National Hockey League plans to complete the 2019-20 season and will open training camps July 10, the AHL has no such plans. Johnson won’t be attending Chicago’s camp and has no idea when and if the next AHL season will start.

“I would know by now if I was going to Chicago’s camp. I’m not going to that camp,” he said. “I’m not really sure about next season, but it looks like it’s going to be an extended summer for guys like myself.”

Notable: The WHL on Wednesday announced its return to play protocol for the 2020-21 WHL season. Details are posted on this site and at whl.ca . . . Another former Rebel, 21-year-old Brandon Hagel, enjoyed an outstanding initial pro season with Rockford. He scored a team-high 19 goals and was selected as the IceHogs’ most valuable player and rookie of the season . . . Rebels defenceman Kyle Masters is one of 12 WHL players and 46 players overall selected to the Canada under-18 team summer selection camp. Masters had a chance to represent Canada in the Hlinka Gretzky Cup tournament slated for August in Red Deer and Edmonton but the event has been called off. Attention now turns to the world under-18 tournament next spring . . . Former Rebels forward Kristian Reichel has signed a two year entry-level contract with the Winnipeg Jets. Reichel has already played two seasons with the Jets’ AHL affiliate, the Manitoba Moose, producing 14 goals and 13 assists in 94 games. 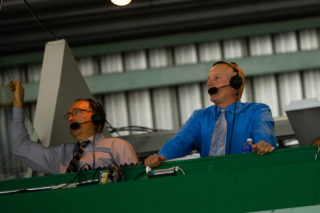 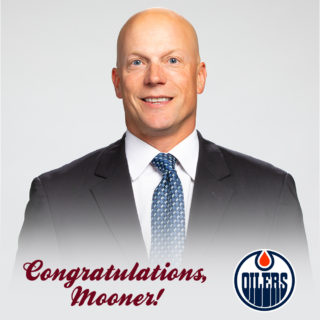 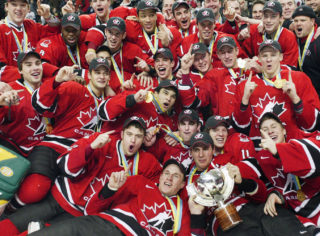