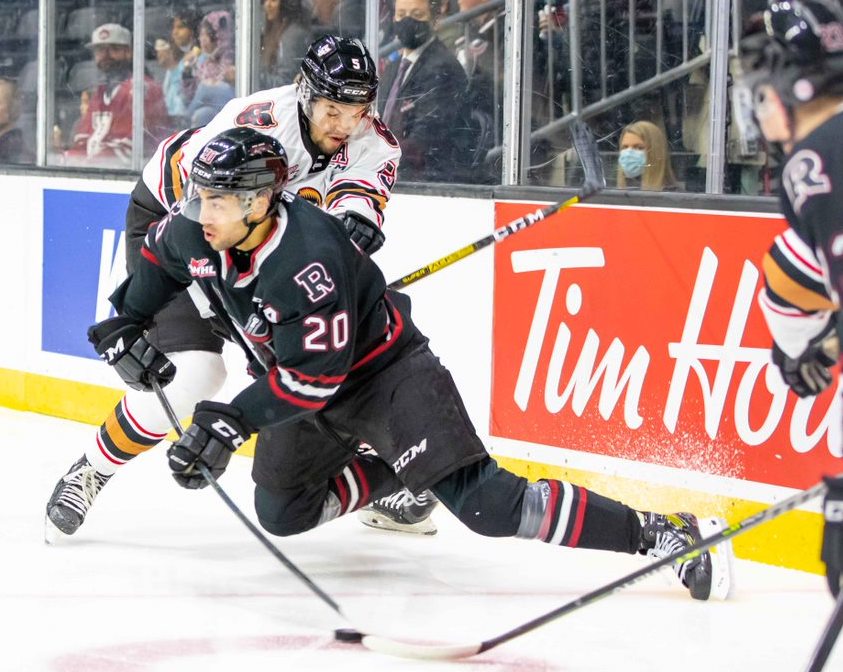 Any similarities between the Friday version of the Red Deer Rebels and the Saturday edition were purely coincidental.

One night after taking advantage of several Calgary Hitmen miscues and burying the hosts 8-1 in an offensive breakout, the Rebels did an abrupt about-face Saturday afternoon at the Peavey Mart Centrium in front of a national TV (CBC) audience, falling 2-0 in the rematch.

After being embarrassed at home the night before, the Hitmen played with a sense of desperation right off the bat, something that was missing in Red Deer’s game.

Perhaps Friday’s win was too easy?

“They were more desperate than us in the first period for sure,” said Rebels head coach Steve Konowalchuk. “I think we were a little complacent coming off the victory yesterday and it showed in the first.”

Indeed, the Rebels didn’t register their first shot on goal until a little more than 10 minutes had elapsed and managed only four in the opening period.

Keagan Slaney, recently acquired from the Edmonton Oil Kings, notched the only goal the visitors would need late in the first frame. The smallish defenceman rushed down the left side and beat Rebels netminder Chase Coward high to the glove side.

The Rebels were marginally better in the second period but the Hitmen still won more than their fair share of puck battles. Red Deer was also assessed four of five minors in the period which didn’t help them hit their stride.

“I thought we started to get some of our game going, but on the other hand . . .  too many penalties,” said Konowalchuk. “You’re not going to get your game going that way and you’re over-using your penalty killers.

“It’s something we have to clean up. Between the slow first period and the penalties, that’s the hockey game.”

The Rebels were still right there entering the third period, but again, seldom generated much in the way of sustained pressure despite outshooting their guests 13-8. 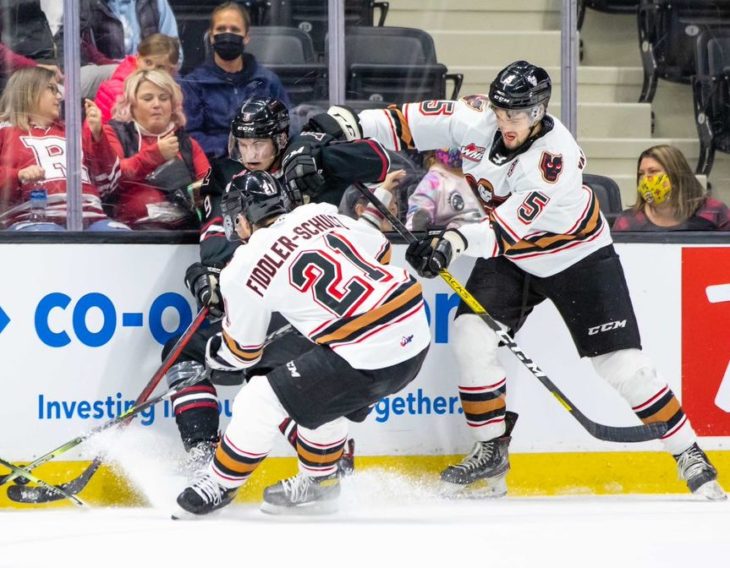 The Hitmen took advantage of a questionable call by referee Chris Crich early in the period and scored on the ensuing power play, Zac Funk connecting with a quick release from low in the right circle.

The visitors went on the power play when Crich called Arshdeep Bains for goaltender interference when he was clearly shoved into netminder Brayden Peters. The penalty also wiped out a Rebels goal, making it a two-goal swing.

“You can always pinpoint a few different things, if they go this way or that way,” said Konowalchuk. “But at the end of the day we have to be more desperate than we were in the first period. It’s hard to get your game back.”

The Rebels were blanked on five man-advantage opportunities, while the Hitmen were one-for-seven on the power play.

“I thought we started to do some things better and get more desperate, but it came down to the slow start and the penalties,” said Konowalchuk.

“They (Hitmen) were more desperate for a win and we weren’t hard enough on pucks at times. We were trying to poke pucks instead of digging and winning battles.”

The Rebels return to action Sunday with an afternoon contest against the host Oil Kings.

“We have to learn from this and get back at it,” said Konowalchuk. “We need a desperate response tomorrow.”

Notable: Coward was superb in the Rebels net, turning aside 31 shots. He was selected as the game’s second star. The first and third stars were Slaney and Hitmen rearguard Jackson van de Leest . . . Peters made 25 saves.