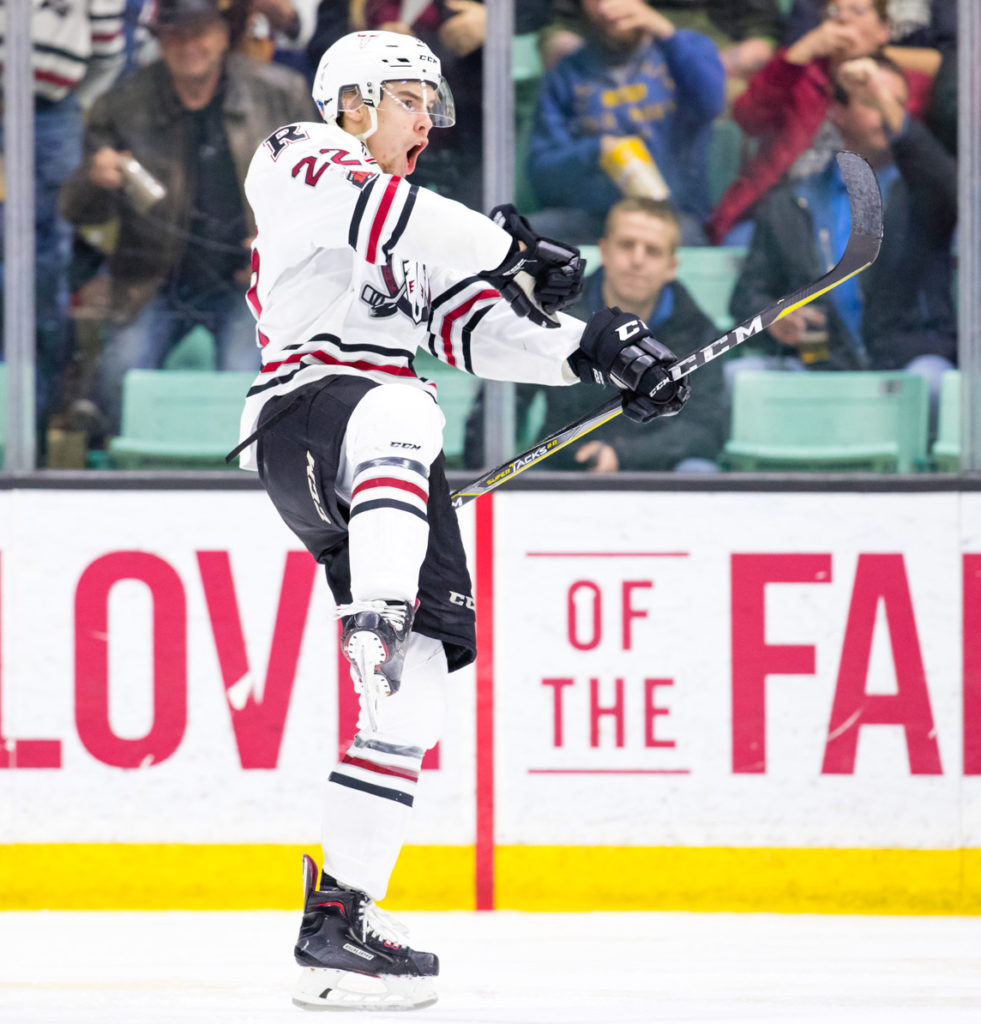 Brandon Hagel is a great example of how a hockey career can be salvaged through sheer determination.

The former Red Deer Rebels star winger was selected by the Buffalo Sabres in the sixth round of the 2016 NHL entry draft after scoring 13 goals and recording 47 points as a WHL rookie.

The Morinville native followed that season with a 71-point campaign that included 31 goals. But he didn’t build on that during his 19-year-old season when he scored 18 times and collected 59 points in 56 games.

As a result, the Sabres never offered Hagel a contract, and it appeared he just might be another player to never reach his full potential.

Then came the 2018-19 season in which he was one of the WHL’s top players, a dominant forward who sniped 41 goals and accumulated 102 points in 66 games and added four goals and six points in six playoff contests.

The Chicago Blackhawks took notice of Hagel’s dominance early in his 20-year-old season, signing him to an entry level contract in late October of 2018.

Hagel played one game with the ‘Hawks in ’19-20 and joined the club on a full-time basis this season, finishing ninth among NHL rookies with nine goals and 24 points in 52 outings, a feat that earned him an invitation to join Team Canada for the world championship later this month in Latvia.

Rebels GM Brent Sutter, who was also the head coach during Hagel’s time in Red Deer, was convinced the player who was shunned by the Sabres was the master of his own destiny.

“This is a prime example of what an individual can do when you put your mind to it,” Sutter said earlier this week. “Hages saw both sides of it.

“He came here and had a pretty good 17-year-old season, got drafted,  then took his foot off the pedal. And then it was push, push, push for a year and a half.

“He and I had some heated talks, we had a lot of disagreements after he was drafted concerning his mindset, his attitude and the way he was playing.

“ I knew there was so much there for him. Then all of a sudden he didn’t get signed and he had to decide what he wanted to do. If he took it and ran with it, the sky was the limit for him.”

Sutter had another meeting with Hagel prior to the player’s final season with the Rebels.

“He and I had a heart to heart talk that year and the lightbulb went on,” said Sutter. “Full marks to Hages. He took it to a whole different level that year, he just dialled in and decided ‘I can do this’. He had the ability to do it all along, it was just basically a mindset.

“When he was a 20-year-old player he was dominant in our league. His motor didn’t stop and his motor hasn’t stopped with Chicago.”

Indeed, Hagel has earned praise from Blackhawks head coach Jeremy Colliton for not only his speed and overall talent, but his energy and determined work ethic.

“Chicago loves him as a player because of that. He plays in all situations in Chicago. He’s a top-nine forward who kills penalties, plays the power play and plays against the other team’s top lines,” said Sutter.

“He’s really developed as a pro and now he’s going to the world championship.”