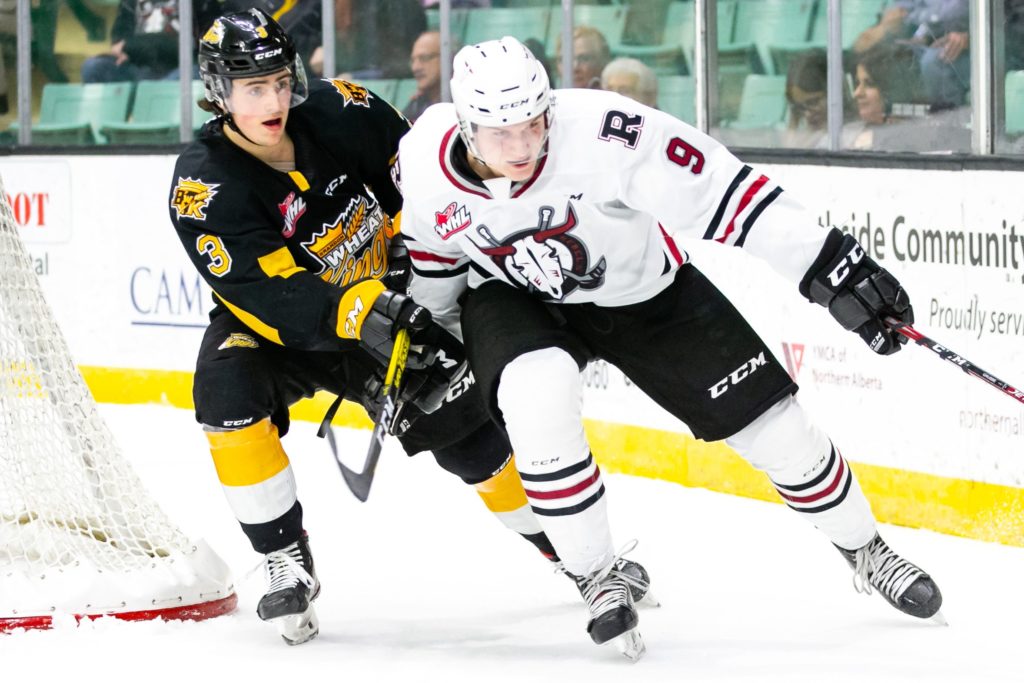 As the Red Deer Rebels learned the hard way last weekend, consistency can be fleeting.

The Rebels were hit and miss in that category and emerged from their season-opening, two-game WHL Central Division home-and-home set with the Medicine Hat Tigers with just a single point.

The Rebels blew a 4-1 third-period lead and dropped a 5-4 overtime decision to the visiting Tigers on Friday, then lost 7-2 the following evening in Medicine Hat.

“The biggest thing is playing a whole game the right way,” forward Jayden Grubbe said on Tuesday. “That first night I thought we came out pretty good for the first two periods. In the third period, around the 12-minute mark, we let up.

“Then on Saturday we came out flat then played a little better as the game went on. So I think just putting together a whole 60 minutes is the biggest thing for us right now.”

While the team struggled at times, Grubbe enjoyed some personal success, scoring once and setting up a goal on opening night, then assisting on a goal by Chris Douglas on Saturday.

“I think that gave me some confidence, just having a good start the first weekend,” he said. “Now it’s a matter of keeping it going, not changing anything. Just keep working hard and keeping it simple.”

Grubbe, who scored six times and collected 29 points as a rookie in the 2019-20 season, has 22 more games in a 24-game season to further impress the NHL scouts who will be in attendance each and every night.

With a strong showing from now to whenever the shortened season ends, the Calgary native will almost certainly be selected in the 2021 NHL entry draft.

Grubbe, along with teammates Kyle Masters and Christoffer Sedoff, who has yet to rejoin the Rebels due to the COVID-19 pandemic, was ranked as a C-grade prospect in last fall’s Central Scouting players to watch list, projected to be picked anywhere from the fourth to sixth round of this year’s draft.

The 18-year-old played for Canada in the World U-17 Hockey Challenge in the fall of 2019 — scoring two goals and adding one assist in five games — and earlier that year won bronze with Team Alberta in the Canada Winter Games in Red Deer.

He’s clearly on the radar of NHL scouts, including most if not all of the roughly 20 talent evaluators who attended Friday’s outing at the Centrium.

“With the stands basically empty, it was pretty obvious who was there and just a reminder to kind of bring it every shift,” said the six-foot-three, 200-pound center. “You could see how many (scouts) were there and that’s all you should need to get you going in the game.”

Grubbe worked on his skating and strength during the nearly year-long off-season.

“Once the rinks closed in Alberta (due to the pandemic) I did a lot of outdoor skating. When the rinks were open I worked on my quickness with my first couple of strides,” he said. “Other than that I did off-ice workouts and just tried to stay busy. I played a lot of golf in the summer.”

Grubbe was surprised — and honoured — by the fact he was awarded a letter this season. He’s one of six rotating assistant captains making up the  Rebels current leadership group and is a strong candidate to be named the club’s captain for the 2021-22 season.

“It wasn’t something I thought would happen but it’s a real honour,” he said. “Now I just have to keep doing my thing.

“Brent wants me to lead by example with hard work, to keep playing the kind of style that he likes. Just play my way and other guys will follow.”

The Rebels return to action this weekend versus the Calgary Hitmen. The teams will meet on Friday at the Seven Chiefs Sportsplex & Jim Starlight Centre and on Saturday at the Centrium.

Saturday’s game, which again will be devoid of fans due to the pandemic, starts at 6 p.m.