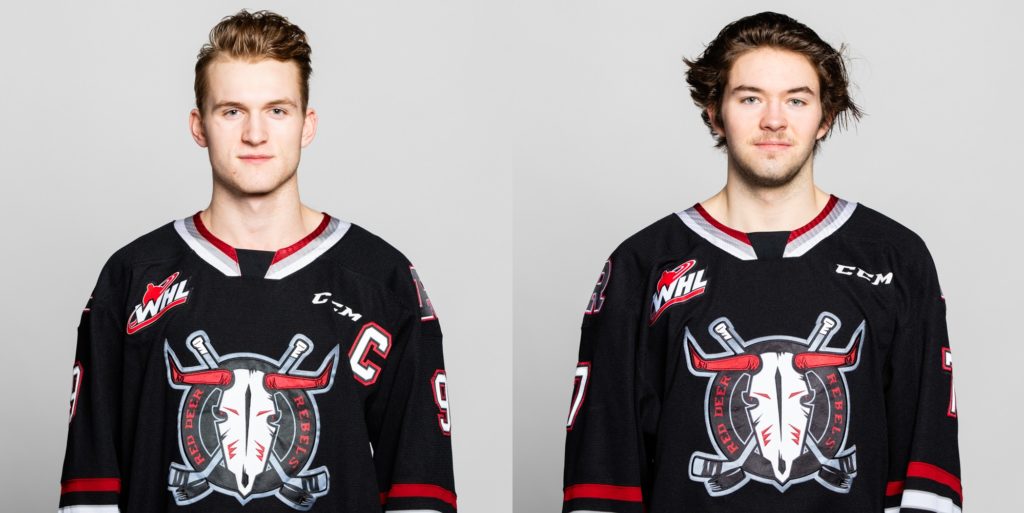 Saturday was an exciting day for the Red Deer Rebels as the team saw two of its players selected at the 2021 NHL Draft.

Centre Jayden Grubbe was selected by the New York Rangers with the first pick in the third round, 65th overall.

In 62 career games with the Rebels after being selected seventh overall at the 2018 WHL Draft, the Calgary native has collected seven goals and 32 assists.

Grubbe was named Rebels captain on March 5, 2021 while he was still 17-years-old. He played just six games before suffering a knee injury that saw him miss the remainder of the shortened season.

The 6’3,” 200 pound centreman is recovering nicely and is expected to be ready for the start of the 2021-22 WHL Regular Season.

Grubbe is the first ever Rebels player to be selected by the New York Rangers at the NHL Draft.

Rebels defenceman Kyle Masters was selected in the fourth round, 118th overall by the Minnesota Wild.

In 44 career games with the Rebels after being selected 16th overall at the 2018 WHL Draft, the Edmonton native has collected two goals and 11 assists.

Kyle is the son of Kevin Masters, who played for the Rebels during their inaugural season in 1992-93.

Masters, 6’0” tall and 175 pounds, becomes the second Rebels player to be selected by the Minnesota Wild at the NHL Draft, joining Mathew Dumba (7th overall in 2012).