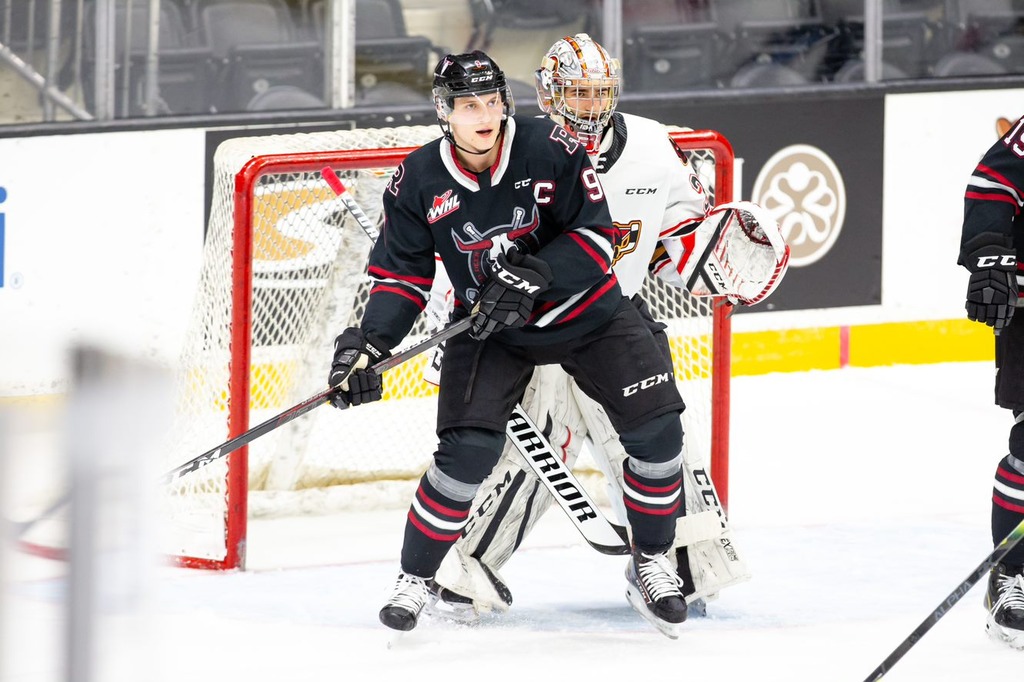 When Jayden Grubbe and Kyle Masters were selected in the NHL entry draft on Saturday, neither was a timely event.

“We were watching on TV and whatever station we were watching on, there was a commercial break right when I got picked,” said Grubbe, the Red Deer Rebels captain who was the first selection of the third round — 65th overall — by the New York Rangers.

“So I found out from two or three text messages. When the commercial was done I was already picked, so it was kind of funny. It was a little weird how it all happened.”

Meanwhile, Rebels defenceman Masters was watching the draft at his Edmonton home when he learned he has already been picked in the fourth round — 118th overall — by the Minnesota Wild.

“There was a delay between what my agent was watching and what I was watching,” he said. “Actually, I didn’t see it at first. My agent called me beforehand. Because of the delay he saw it on his TV first and told me to make sure I was in the living room.”

Grubbe is anticipating one day playing in the Big Apple for the storied and Original Six franchise.

“It’s awesome. A little bigger (city) than Red Deer but I’m looking forward to being a part of their organization for sure.”

The Calgary native was in contact with a member of the Rangers hockey staff just after the draft.

“He just kind of welcomed me to the team and congratulated me and said they hope to bring me to camp in September,” said Grubbe. “It sounds like it will be a rookie development camp to start with. I was told I will be getting the details a little later on.”

That he was selected by the Rangers wasn’t a huge surprise to the six-foot-three, 200-pound center who is in the late stages of recovering from knee surgery he underwent after playing just six games of the already abbreviated 2021 WHL season.

“I had talked to them a fair amount prior to the draft and I kind of heard from my agent and from people in Red Deer, Brent (Rebels GM Sutter) and Shaun (assistant GM Sutter), that the Rangers were interested,” said Grubbe.

“I know they were even contacting Terence (Rebels athletic therapist Robertson), just checking in on my knee and how that’s doing. So they were pretty busy talking to those guys.

“I hadn’t talked to them in the last couple of weeks but I knew they were one of the teams that had a big interest for sure.”

Grubbe is still rehabbing his knee and expects to be 100 per cent healthy and ready to roll when the Rebels open camp in early September.

“Hopefully, that’s the goal,” he said. “The knee is good. I’ll be back on the ice a couple of times this week as well as working out and doing rehab.”

Masters (pictured below) had a solid inkling the Wild were considering drafting him. 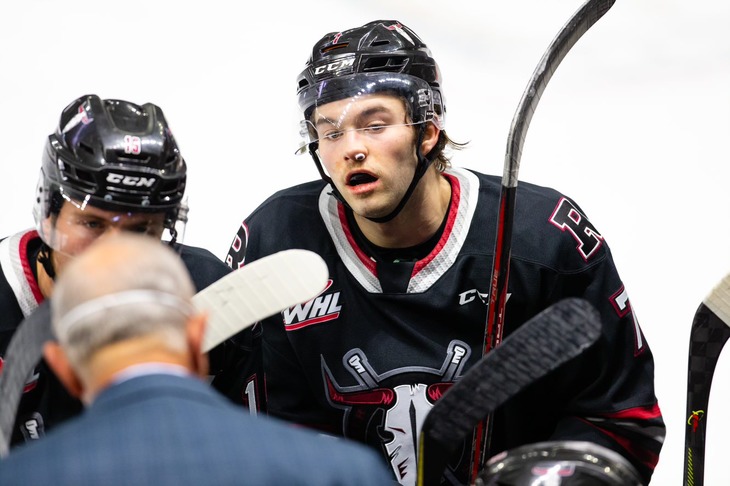 “I had a Zoom call with the team before the draft and obviously I said the right things,” he stated.

When he was selected the celebration started.

“I was super excited for my friends and family who were here,” said Masters. “It’s just one more step in the long journey ahead.

“It’s definitely a huge honour to be drafted by that organization.”

“He’s the big man on campus,” said the six-foot, 175-pound rearguard. “He touched base with me right after the draft. He didn’t say too much, just kind of welcomed me aboard.

“He told me to take time to celebrate with my friends and family this weekend and we’ll talk again next week and kind of go from there.”

Masters is the second defenceman from the Rebels to be drafted by the Wild, who took Matthew Dumba in the first round in 2012.

“If I get the opportunity to one day learn from him that would be awesome.”