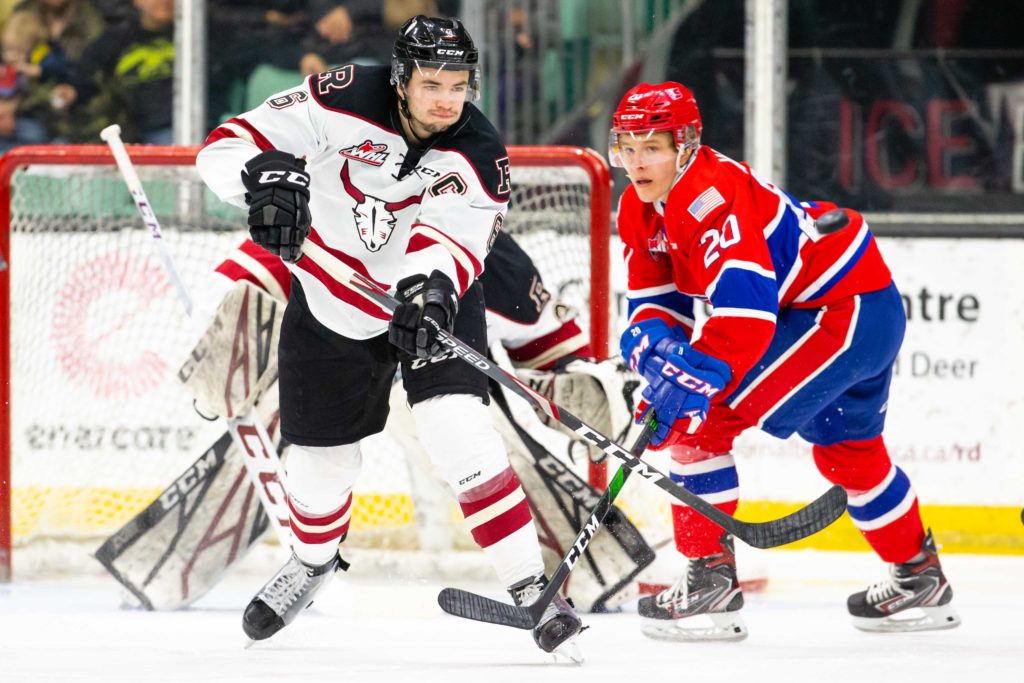 He was pretty much Mr. Everything for the Red Deer Rebels during the 2019-20 Western Hockey League season which ended prematurely due to the COVID-19 pandemic.

Ethan Sakowich snared a large share of the individual awards announced by the club via Twitter on Monday.

Appointed as the Rebels captain following the departure of Dawson Barteaux at the Jan. 10 trade deadline, the Athabasca product and four-year WHL veteran collected three awards and was the co-winner of another.

Sakowich, who turned 21 in February and last week revealed that he will play at the university level next season, was selected by the coaching staff as the Rebels most valuable player and best defenceman. He was also named winner of the players award, the sole team honour voted on by the players.

Sakowich, who was solid defensively during his final WHL season and also had a breakout year offensively with 11 goals and 28 points, in addition shared the humanitarian award with fellow graduate Cam Hausinger. The humanitarian award goes to the player or players who most enhance the community during the season.

Hausinger, a forward who celebrated his 21st birthday in January, scored 13 goals and recorded 38 points in his final WHL season.

Forward Josh Tarzwell was feted as the Rebels most under-rated player. The Red Deer native enjoyed a big-time breakthrough season with 32 goals after scoring a then career-high 11 the previous year. The six-foot-one, 205 pound Tarzwell turned 20 in February and is a virtual lock for one of three overage spots with the Rebels next season.

Selected as the club’s rookie of the year was defenceman Christoffer Sedoff. The Finnish rearguard, who had his 18th birthday in February, turned in a solid freshman season that included five goals and 14 points and is a good bet to be selected in this year’s NHL entry draft.