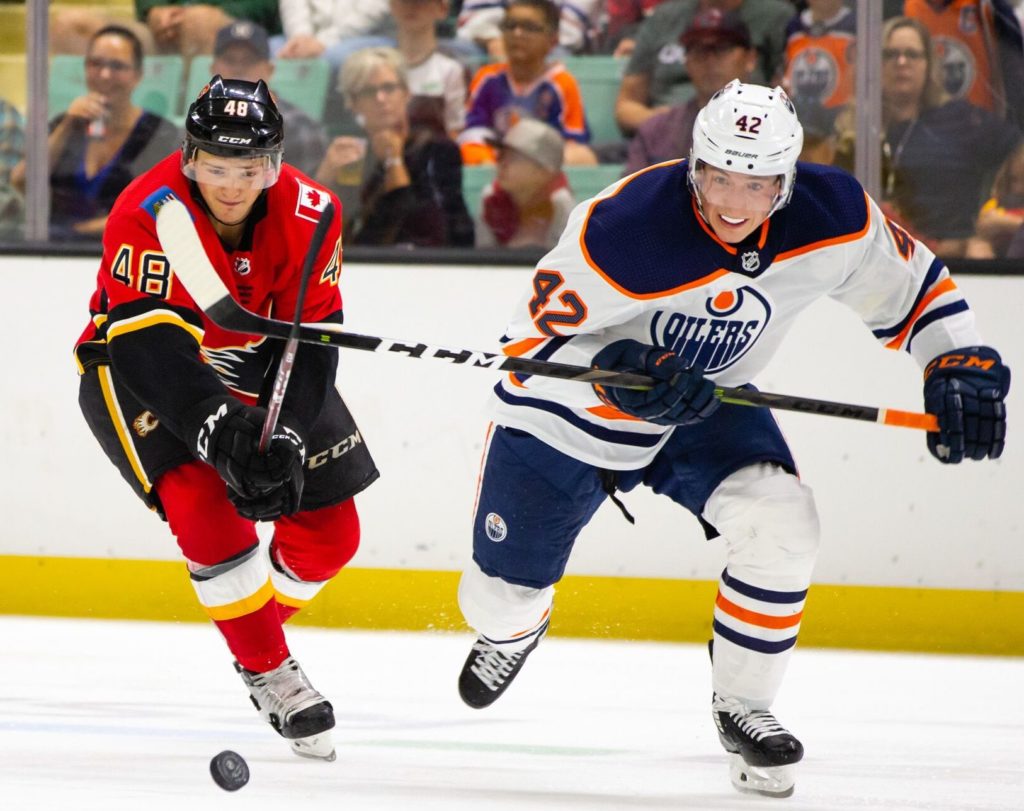 Most graduating major junior hockey players move on to university as a means of preparing for a life career.

Luke Philp used the university route as a springboard to a pro contract. The former Red Deer Rebels forward signed an entry level deal with the Calgary Flames in March after a stellar three-year stint with the U of A Golden Bears that was highlighted by a Canadian university player of the year award last spring.

“I owe a lot to that [University of Alberta) program, it’s an awesome program up there,” Philp said following Saturday’s Flames-Oilers rookie game at the Centrium that concluded when Matthew Phillips buried a two-on-one feed from Dillon Dube to give Calgary a 1-0 win in overtime.

“We had great teams every year with a great coaching staff. Your teammates made you better and I continued to improve as a player.

“We had six guys sign [pro) contracts from our team last year which kind of speaks for itself what kind of program is up there.”

Philp was acquired from the Kootenay Ice by the Rebels at the 2015-16 WHL season trade deadline and went on to record eight goals and 16 points in 17 regular-season games with Red Deer and another 13 points (4g,9a) in 17 playoff contests. He added two goals and one assist in four Memorial Cup games for the tournament host Rebels.

“My confidence grew as a player. I was able to have the puck on my stick a lot,” said the 23-year-old Canmore native. “That’s something that’s going to be tougher when you come to pro. It’s a faster game and it was an adjustment for me tonight. I hadn’t played a game since March.

“I kind of shook off some cobwebs early, got it going in the second and third and had a better finish.” 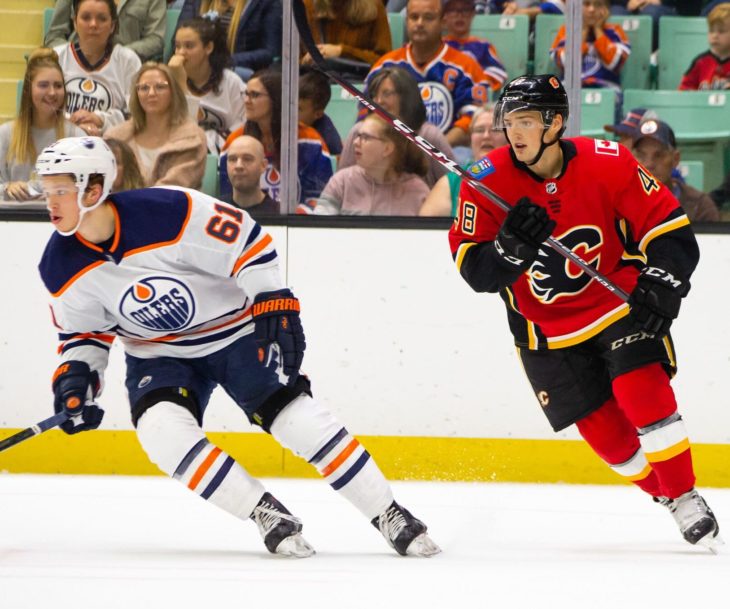 The rookie game was attended by 5,800 mostly enthusiastic fans and marked Philp’s first on-ice return to the Centrium since 2016.

“It was pretty cool. I hadn’t been here for a while,” he said. “It was a good game, kind of tough to get [scoring) chances for both teams.

“The ice was kind of tough to settle the puck down but I thought we did a good job as a team, just keeping it simple, taking pucks to the net instead of trying to make the cute play.

“It was a good atmosphere. The fans were always awesome during my short stint here and it was a great crowd again tonight.”

Philp, who completed three years of a Business Economics and Law course at the U of A and plans to eventually finish the program at summer school, is eager to begin his pro career. He will almost certainly play with the Flames’ AHL team, the Stockton Heat, in 2019-20.

“I’m really looking forward to it. I think I was ready to move on as a hockey player from the (Canada West University) league,” he said. “I’m extremely excited for the opportunity I have here and I’m going to try and make the most of it.”