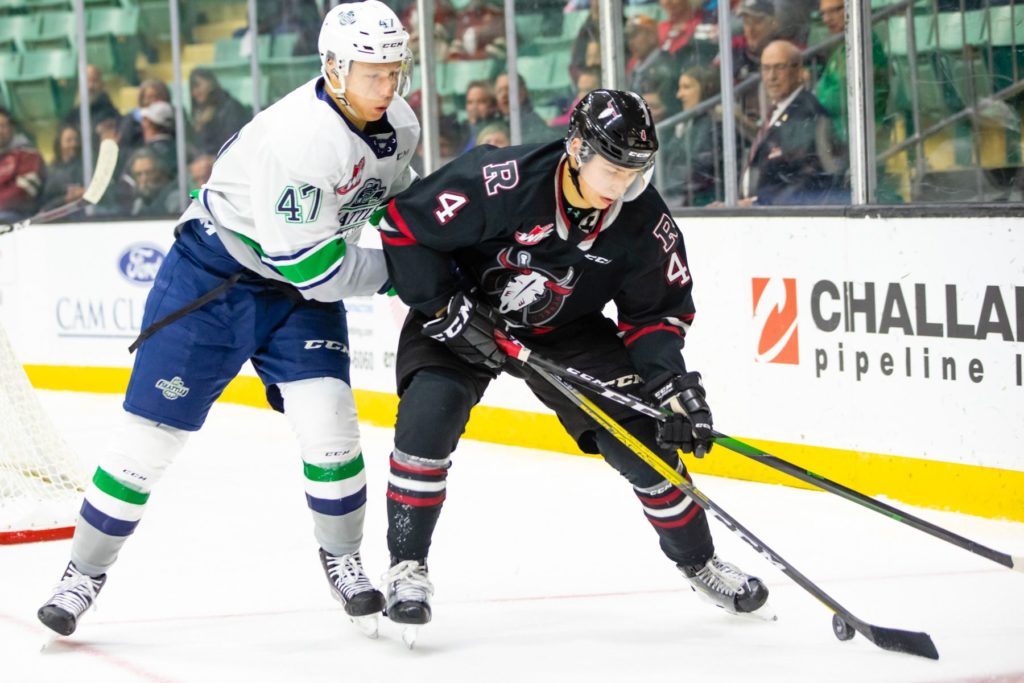 Cooperation is the key word when breaking down the steps taken to ensure a safe return to play for the Red Deer Rebels and other WHL Alberta teams.

The protocols followed by the Rebels include a four-day hotel quarantine which the players completed Wednesday, COVID testing and housing the players in the Centrium for the duration of the 24-game season.

The players were tested Monday and all tests were negative. They will be tested again Thursday morning and will be confined to the private suites in the Centrium until the results come through.

If all the Thursday tests are negative, the 25 rostered players will be allowed to practice as a full team and work out — in groups of five to six athletes — with the team’s cardio and stretching equipment on the concourse. The weight machines will remain downstairs in the dressing room gym.

“Once we’re through the protocol we can practise as a full team. We’ll have smaller groups for the skills sessions,” said Rebels senior vice-president Merrick Sutter.

Sutter, along with WHL vice-president of operations Greg Gardner, league commissioner Rob Robison and Edmonton Oilers senior vice-president of communications Tim Shipton, worked together with Alberta Health Services to help establish a safe route for a return to play.

“The league developed a set of protocols as a baseline across the provinces but each health authority has the say on whether the protocols meet their requirements. So each province has to go off on their own,” said Sutter. “You can’t marry each province’s restrictions or rules.”

The protocols adopted by the WHL have been in existence since September and as Sutter noted, are likely similar to those set by Hockey Canada and the National Hockey League.

“It just became a matter of timing with the province but we’ve known what the protocols would be for some time,” he added.

The notion of having the players housed in the Centrium’s private suites was put forth by Abby Wallin, Westerner Park’s director of client services.

“Housing the players in the Park was a broad idea and she narrowed it down to the suites as the best option,” said Sutter. “Westerner Park will have other events here in time so living in the Centrium became the safer and most practical option for everybody.”

Sutter credited Westerner Park, the City of Red Deer and the private box holders for helping the plan become a reality.

“Everyone was very supportive,” he said.

Additional fire measures have been put in place in the Centrium, including the installation of more CO2 and smoke detectors.

Meanwhile, the younger players will attend to their school studies at three locations in the facility, including the downstairs media room, and the entire team will have access to social spaces equipped with TVs, couches and card tables.

Basketball hoops and ping pong tables have also been set up for the players on the concourse.

The players will be served catered meals from the kitchen at the east end of the Centrium.

“For the most part staff members will continue to live at home, keeping contacts to a bare minimum and following the other restrictions,” Sutter added.