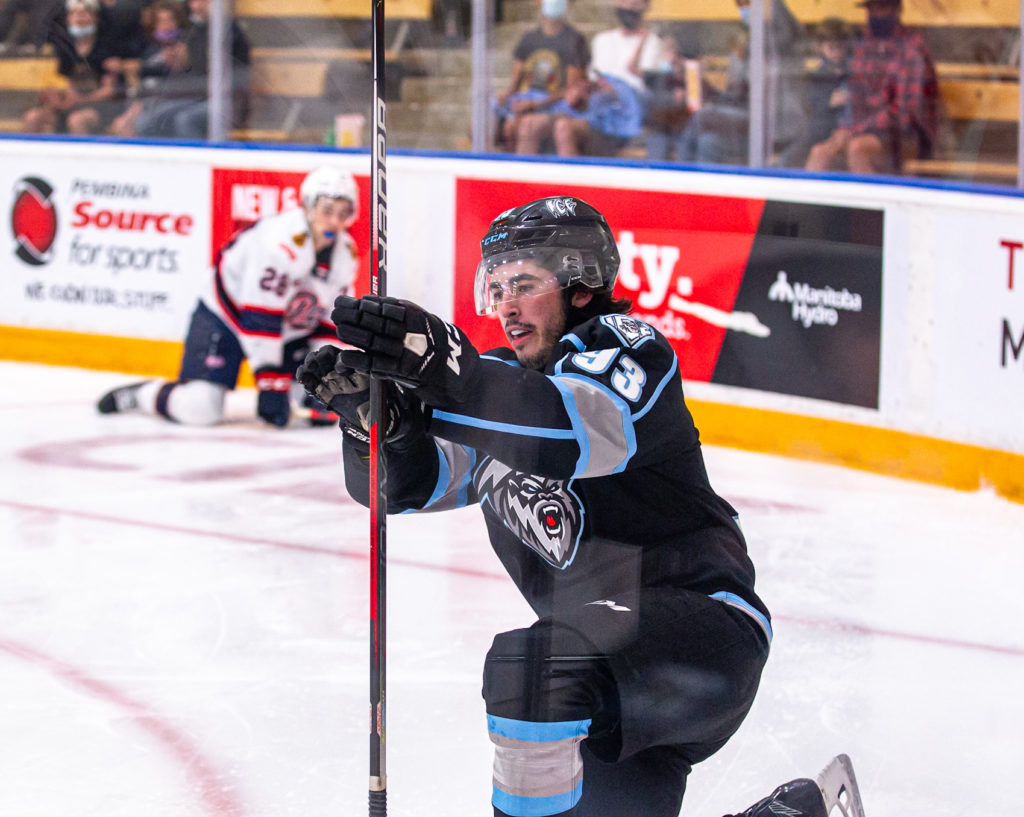 The Winnipeg Ice are the talk of the Western Hockey League, a team with a dynamic collection of forwards and depth throughout their roster.

But in some ways, head coach James Patrick pointed out Monday, the Ice, who face the Rebels Tuesday at 7 p.m. at the Peavey Mart Centrium, are like any other WHL team.

“We probably have more depth than we’ve had in the past, but there are ups and downs every game just like with every other team,” said Patrick of his undefeated (9-0-0-0) squad. “There’s still a ton of learning to do and a lot of reminders.

“I just think about our last game (a comeback 5-4 win at Moose Jaw Saturday). I thought we got out-played, out-battled and out-competed for two periods.

“In the third period we were able to do some of those things better and drew some penalties that got us back in the game.”

The Winnipeg lineup features six players who are among the league’s top 10 scorers, including forwards Mikey Milne and Matthew Savoie (pictured above), who sit second and third on the list with six goals and 15 points apiece.

Not only is there impressive star power up and down the Ice lineup, the players have all been pulling in the same direction.

“i like our team, I like the character, I like the work ethic,” said Patrick, a former NHL defenceman who played 1,280 games over 21 years with the NY Rangers, Hartford, Calgary and Buffalo.

That the Ice have yet to lose over their first nine games is a testament to their talent and work habits, but Patrick said his club has faced some short-handed rosters through the first month of the season.

“We played Brandon two games. They had nine forwards and were missing their five best players,” he said. “So we got some breaks early with lineups we played against.

“We’re like every other team. If we work and compete we give ourselves a chance to win.” 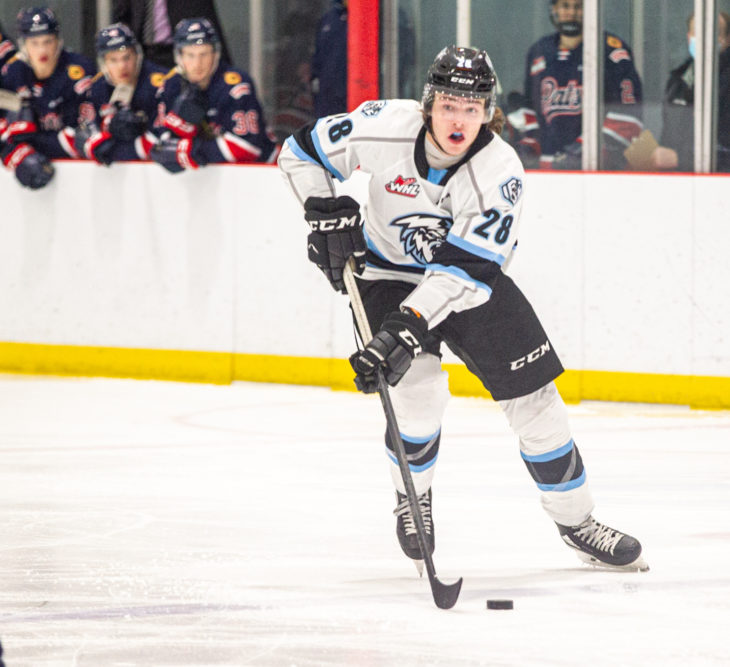 As strong as the Ice are up front, Patrick has also been impressed with his defensive corps and goaltenders Gage Alexander and Daniel Hauser.

“Our goalies have given us a chance to win every game, every night so far,” he said.

“You have a six-foot-six goalie (Alexander) and a five-foot-11 goalie (Hauser), a 19-year-old and a 17-year-old. They have different styles but they’re both learning, they’re both growing.”

Alexander, who has a 1.75 goals-against average and .920 save percentage in four games and Hauser (2.00, .910 in five outings) play behind a defence that features Lambos, a first-round pick of the Minnesota Wild in this year’s NHL entry draft.

“Lambos is the guy who plays the most minutes and is our most solid two-way defenceman,” said Patrick, who also praised veterans Zloty, 19, and 20-year-old Orzeck.

“They’ve grown up in this league. Both played WHL games at 16 and both have matured into pretty good players. Those three guys have been really good for us,” he said.

After a steady diet of Eastern Conference teams this season, the Ice — due to the pandemic — are out west for the first time since the 2019-20 season.

“We were certainly fortunate to play in the bubble (in Regina) last season, that was an incredible experience,” said Patrick. “But to be on a long road trip on the bus, that’s a big part of junior hockey, a big part of the bonding.

“Now, to get out and play these Alberta teams we haven’t seen in two years, it’s going to be awesome. We’ll be playing in the best division in the league. We know we’re up against some real good teams. It’s a good measuring stick, a good test, a fun experience.”

As if the Ice need any added momentum, the players are feeling extra good about themselves coming off Saturday’s win, a game in which Winnipeg scored four third-period goals.

“You know when you’ve been around the game a long time, there’s no better feeling than coming from behind on the road, and we were able to experience that,” said Patrick. “That was the loudest, funnest dressing room we’ve seen all year.”

The Ice bench boss is intent on keeping his players honest.

“They’ve had a lot of fun because we’ve been winning. It’s not a lot of fun when the coach is yelling at them in practice and there was a bit of that this morning,” he said.

Notable: The Ice have the league’s top power play with a 38.6 per cent success rate. The Rebels are eighth at 23.9 per cent. Red Deer’s penalty kill is 84.6 per cent, seventh overall, while the Ice are ninth at 84.2 per cent . . . A trio of Ice players — Lambos, McClennon (Philadelphia, sixth round, 2020) and Alexander (Anaheim, fifth round, 2021) — have been selected in the NHL draft