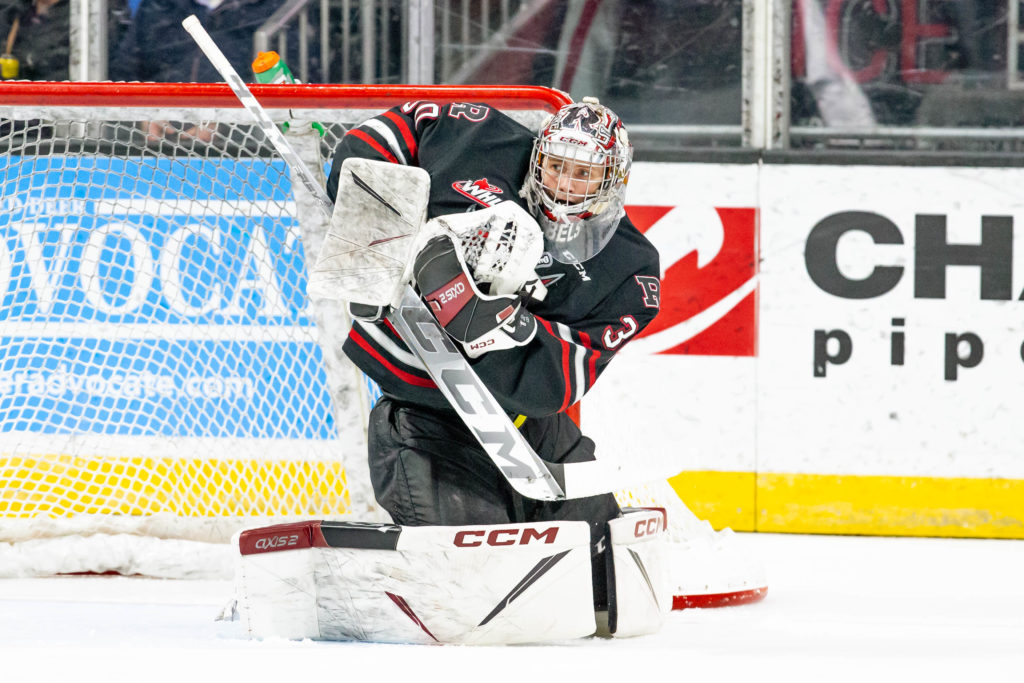 Like so many Canadian kids who’ve grown up wearing skates on a piece of ice, Chase Coward has dreamed of playing for his country at the World Junior Hockey Championship.

That dream came a step closer to becoming reality on Thursday when the Rebels goaltender was invited to Canada’s National Junior Team summer camp in Calgary, July 24-27, ahead of the 2023 World Juniors in Halifax and Moncton.

Coward found out he was getting the nod when he received a surprise phone call from Hockey Canada’s Alan Millar on Monday.

Thursday’s invite comes on the heels of an outstanding rookie season in the WHL for Coward. In 35 regular season appearances, he posted a solid 22-10-0-2 record with a 2.51 goals against average, .906 save percentage and a pair of shutouts. 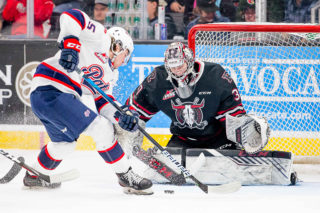 A consummate team player, Coward thanked his coaches and teammates for helping push him to succeed.

“Obviously, me and (Connor) Ungar going back and forth with games really helped, pushing me because we were both battling for the net. So, I give a lot of credit to my coaches and teammates for helping me get this invite. It’s really helping me improve each day.”

After sharing regular season netminding duties with Ungar, Coward carried the mail through the playoffs and was outstanding as the Rebels defeated the Brandon Wheat Kings in the opening round, starting all six games and posting a 4-2 record, 1.45 GAA, sparkling .946 save percentage, and one shutout.

“Happy and proud at the same time for him,” said Rebels Director of Goaltending/Goalie Coach Ian Gordon.

“Hockey Canada, they look at everything when they’re when they’re picking a goalie or a player. They do their homework. And if you watch Cowie, he was consistent all year. I don’t think anyone ever left the rink thinking Chase Coward was a problem today.”

With Ungar now a member of the Moose Jaw Warriors following a trade last month, Coward enters the 2022-23 WHL season as the Rebels clearcut number one goalie, a challenge and opportunity he’s looking forward to.

“Whoever I end up paired with, hopefully I can do the same thing he did for me and mentor them into the league and show what it takes to be a top-end guy.”

“Outside of his success on the ice, Cowie knows how to how to be a good teammate,” Gordon added.

“I think a lot of that comes from when he had some older billet brothers in Swift Current, goalies like Landon Bow and Stuart Skinner. These guys were real good mentors to him, and I think that has helped prepare him in how he carries himself when he walks in the rink and integrates with his team.”

Coward will now wait and see whether his name is called one more time this summer at the NHL Draft in Montreal (July 7-8).

“I don’t know what I’ll be doing that day yet. But I’ll probably keep tabs on it and hopefully my name is called,” he admitted. “I’ve had some interest, so that’s good and exciting for me. So, I’m going to keep an eye on those teams and then see what happens and hopefully I have my name called. If not, hopefully I get a camp invite.”