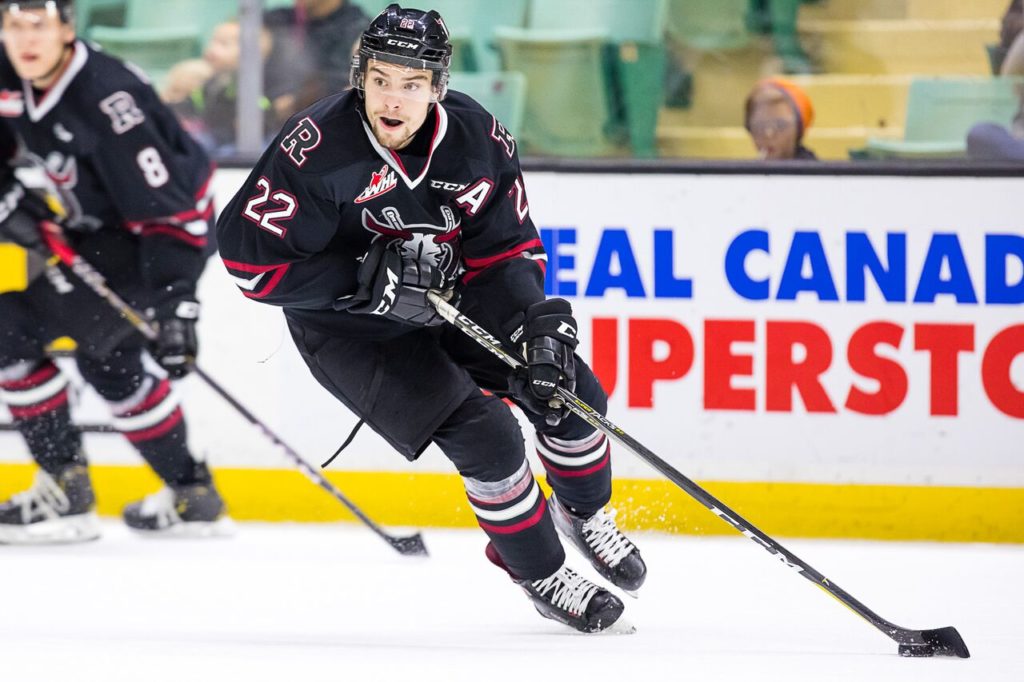 Since the very start of the current Western Hockey league season, Brandon Hagel has played like a man possessed.

That sense of determination has paid off big time as the Red Deer Rebels 20-year-old forward is now in possession of a National Hockey League contract.

Hagel, who sits third in WHL scoring with a 28-point total that includes 12 goals, on Tuesday signed a three-year entry-level deal with the Chicago Blackhawks that runs through the 2020-21 season. The pact calls for an annual NHL salary of $925.000 if in fact he does make the big club next fall.

“Negotiations started a few days ago and were just kind of finalized today,” said the Morinville product, who was selected by Buffalo in the 2016 NHL entry draft but was never offered a contract by the Sabres.

“It’s a dream come true. My goal was to prove them (Sabres) wrong and I think I did a pretty job of it,” added the fourth-year Rebel, who will remain with Red Deer for the remainder of the season.

Hagel attended the Montreal Canadiens rookie camp as a free agent earlier this fall and returned to the Rebels with a fire in his belly.

“He came back from Montreal’s camp and has played extremely well ever since,” said Rebels GM/head coach Brent Sutter, who witnessed Hagel’s signing in the team office.

The ‘Hawks, Sutter noted, weren’t the only NHL team that was enamoured by Hagel’s play this fall.

“There was a quite a few teams that had been following him and showed a lot of interest,” said the Rebels boss. “The Blackhawks went and over and beyond to make sure they could get him signed.” 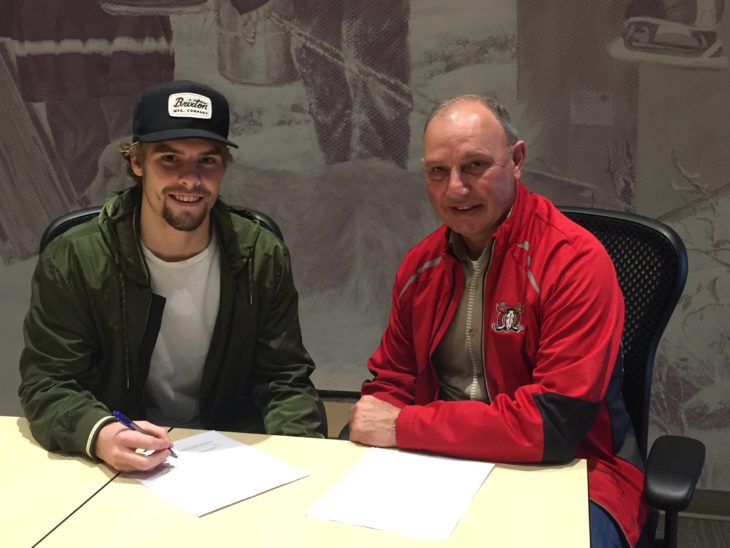 What the Chicago organization is getting is a player who’s been a difference-maker on a near-nightly basis to this point in the season.

“My play’s been pretty good this year, but it’s got to keep going,” said Hagel, who’s a member of the Rebels top line, along with fellow overager Jeff de Wit and Russian rookie Oleg Zaytsev. “I think I just love to win and when you love to win that determination will come with it.”

“For Hages it’s outstanding, for our organization it’s great,” said Sutter. “But it’s certainly a credit to Hages.

“Now what he needs to do is just carry on with what he’s been doing, just keep playing the way be’s been playing . . . continue to get better so he can push to make the big team someday.

“His overall game has improved this year and maybe part of it is maturity. The biggest thing for Hages is just to play his game, not try to be something  he’s not. And what he is is pretty darn good and he’s just grown from within that. His tenacity this year and his skill sets and his shot have improved a lot. In just a lot of ways he’s at a higher level now that he was at this time last year.”

While he was spurned by the Sabres at the signing deadline last spring, Hagel’s confidence wasn’t destroyed. On the contrary, he noted, he’s been under-estimated at different points along the way.

“I’ve been through it before,” said Hagel, who was listed by the Rebels after being passed over in the WHL bantam draft. “I was never drafted into the Western Hockey League and ended up getting drafted to Buffalo and didn’t sign.

And one year from now, Hagel will be playing pro hockey.

Notable: Rebels defenceman Alex Alexeyev has been named the On the Run WHL player of the week for the period ending Oct. 28. In four games, Alexeyev scored three goals and collected eight points with a plus-10 rating  as the Rebels successful defended their perch atop the Central Division . . . Red Deer returns to action Saturday versus the host Calgary Hitmen.