Canada rolls to another one-sided win at Hlinka Gretzky Cup 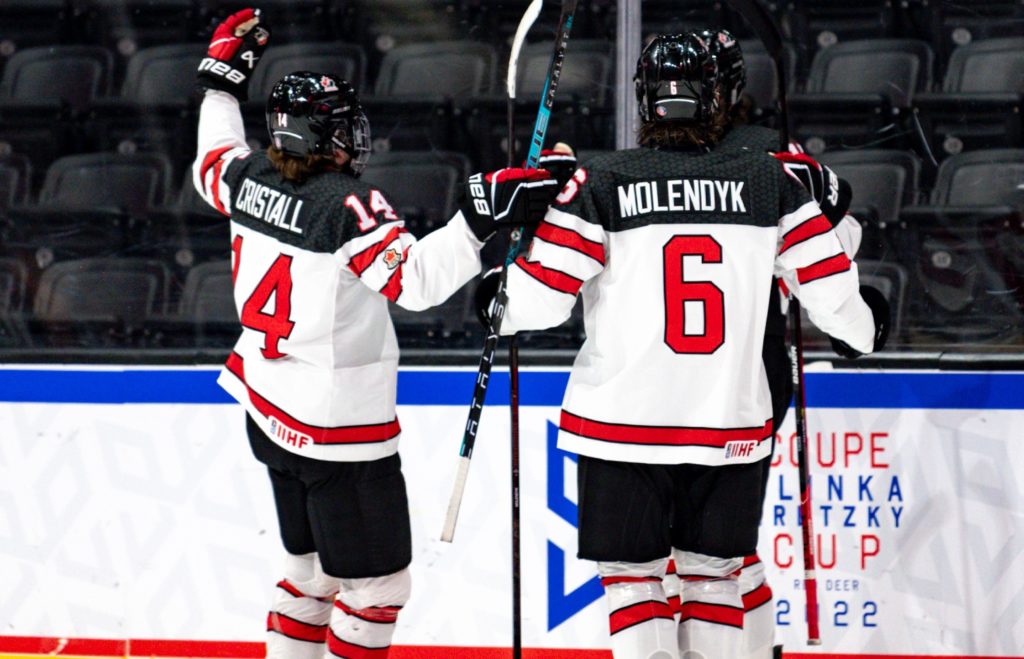 After dumping Finland 6-0 in an exhibition outing Friday and then hammering Switzerland 14-0 two days later, Julien was wondering if his crew would perhaps be a tad over confident heading into Tuesday’s game versus Slovakia.

No worries. As it turned out, the Canadians simply flexed their muscles once again and buried the Slovaks 9-1 at the Peavey Mart Centrium.

“We were a little scared of the game before and how we’d be prepared to come out tonight,” said Julien. “But we came out with the right mindset and what I like tonight is the pressure we put on the puck was non stop.

“We created a lot of turnovers. This is a good hockey team but at the same time we work together. We used all our guys tonight and they were working hard and we deserved the win.”

Despite outshooting their opponents 29-9 in the first period, the Canadians were only able to come away with a 2-0 lead due to the strong play of Slovakia netminder Samuel Urban.

“He was very good in the first period,” said Julien. “We made some adjustments in the second period the way we want to bring pucks to the net and the screen in front of him.

“We shoot a bit higher too in the second period, creating maybe more things in his head. But we also did a good job in the first period too because that should have been 4-0 instead of 2-0.”

Whatever, following first period markers from Brayden Yager and Zach Benson, Canada erupted for four more in the middle frame, off the sticks of Yager, Tanner Howe, Riley Heidt and Cameron Allen.

“I felt we were in control in the first period and that a third goal would make a difference and that’s what happened,” said Julien.

Yager was named Canada’s player of the game with his two-goal, two-assist performance while skating on a line with Benson and Gauthier.

“Our line was really good tonight and as a group we played really well,” said Yager. 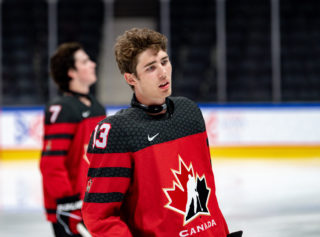 “I give a lot of credit to my linemates, they were feeding me pucks and the power play was very good. Playing with Benny and Goats . . . they’re both super players and we know where to find each other.”

Overall, playing on a team with the talent depth of the Canadian squad has been super enjoyable for Yager and his mates.

“You look at this group, it’s so deep,” he said. “Every line is like a first line. You trust everybody in the lineup. We have lots of confidence in each other and that’s huge in a championship like this.”

Bjarnson made 19 saves for Canada, while Urban blocked 45 shots for the Slovaks before being replaced by Damian Slvakik, who made 11 saves.

Theo Lindstein scored once and added four assists for the Swedes, who also got a goal and three assists from Otto Stenberg and a goal and two helpers courtesy of Lukas Sagranden.

Simon Meier had a goal and two assists for Switzerland (0-2) while Leo Braellard scored twice.

Kevin Bicker scored for the Germans, who fell to 0-3.

The semifinals will be played Friday with the bronze and gold medal games set for Saturday.