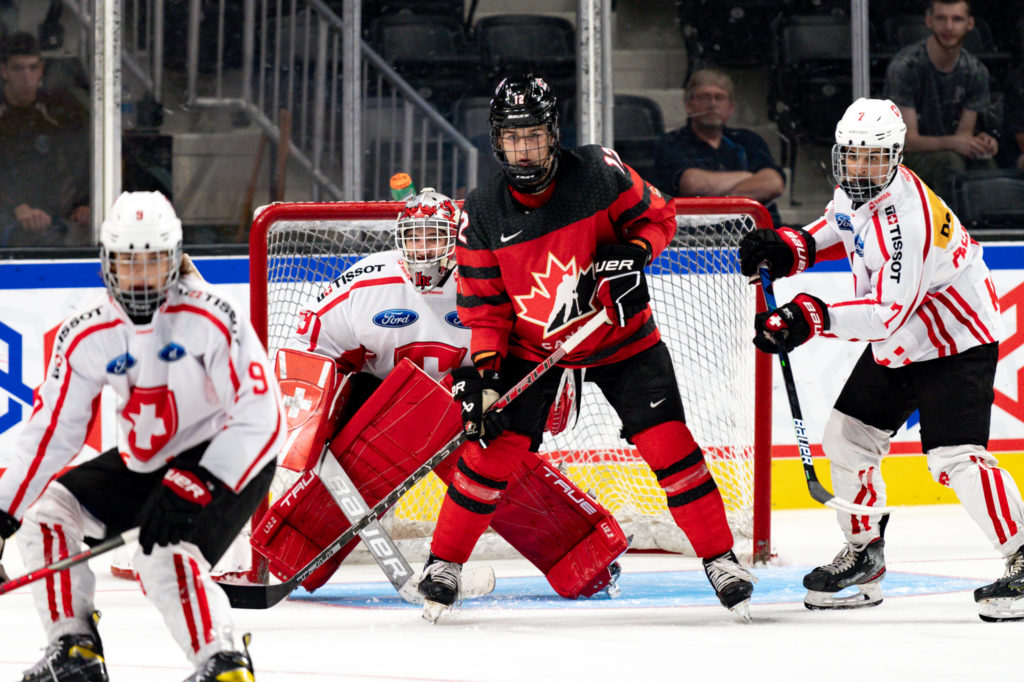 Historically, or at least in recent years, Switzerland has created problems for Canada in international hockey.

Not so much this year, at least that hasn’t been the case in the 2022 U18 Hlinka Gretzky Tournament.

The Swiss squad was simply overwhelmed by Team Canada on Sunday night at the Peavey Mart Centrium, coming out on the severely short end of a 14-0 count.

That being said . . . “I have to give credit to our players with the details.” 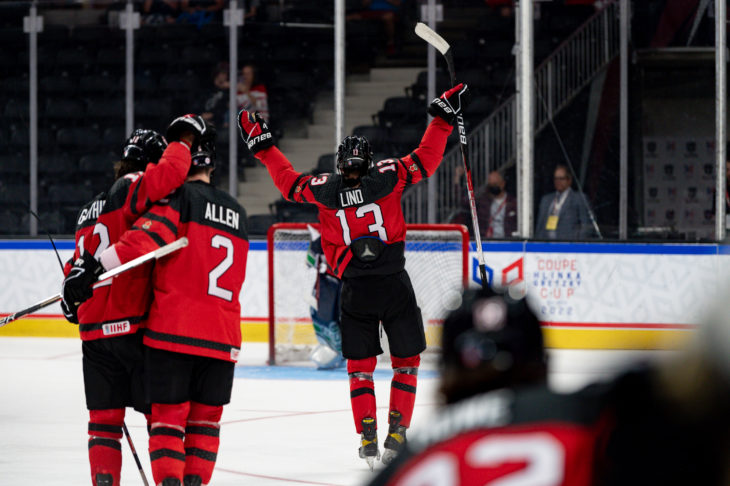 The Canadians not only killed off an early penalty, they got the only goal they would need when Cody Barlow (Owen Sound, OHL) scored on a short-handed breakaway 2:02 into the contest. Barlow added another short-handed tally in the opening period.

“That first kill we got a big save by Scott (netminder Ratzlaff, Seattle WHL) and turned around and scored the first goal,” said Julien. “I thought that was a big turning point of the game and then after that we had opportunities.

“We have skill, we have talent. If teams give us time in the offensive zone we can make those teams pay for sure.”

The Canadians went on to score eight first-period goals before adding four more in the middle frame and an additional two goals in the final period.

Julien admitted that a blowout win can be difficult for a team in regards to maintaining a focus.

“In a short term tournament you don’t want to take bad habits. That’s a challenge from the coaches if the score is a big high, that can make it difficult,” he said. “But overall we’re not disappointed. It’s a human thing when you get a lead like that. But overall we had I think 10 shots against with six or seven minutes left in the game. We can’t be disappointed with that.”

“I’m just going out there and working hard, doing the best I can every shift,” said Barlow.

“This is an amazing hockey team. Everyone is really talented and works hard. It’s just a special group here.”

Czechia goaltender MIchael Hrabal made 33 saves as Finland held a 36-22 advantage in shots.

Will Whitelaw scored twice and recorded an assist for the Americans, while Andrew Strathman recorded a goal and two assists and Griffin Erdman had one goal and a single helper.

The Americans outshot the Germans 49-15.