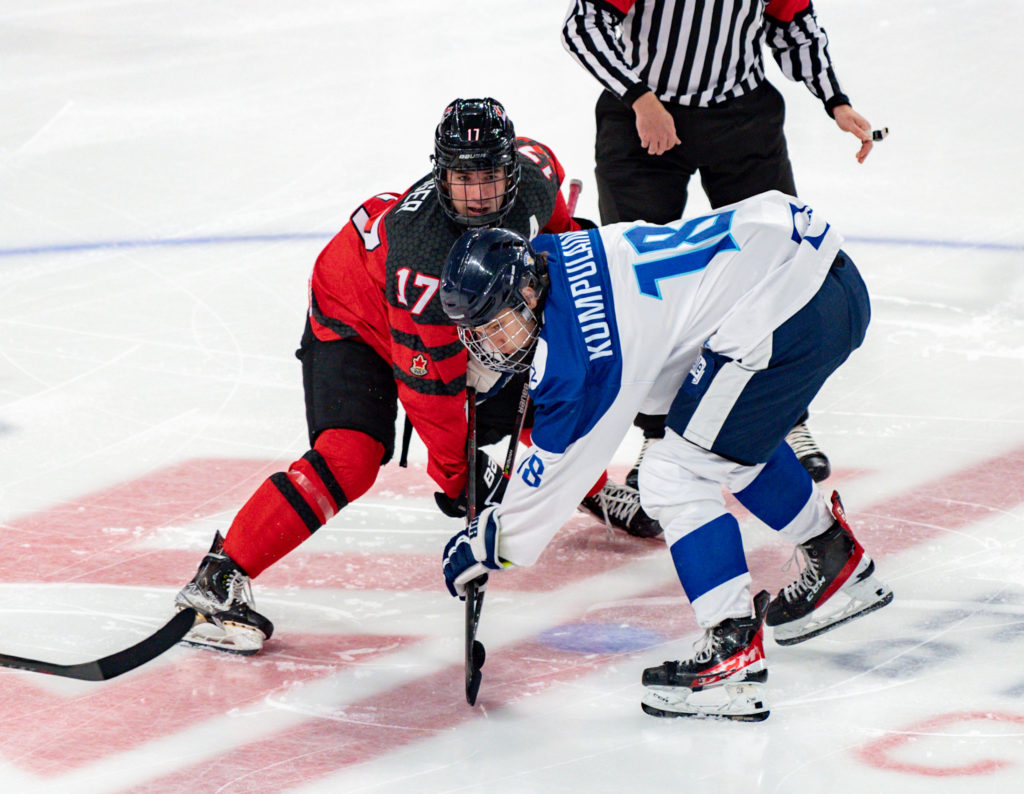 Ethan Gauthier and his Team Canada mates expected Finland to make a more concerted push in Friday’s Hlinka Gretzky Cup semifinal than was the case when the teams met earlier in the internatioal U18 event.

And sure enough, the Finns, 6-0 losers to Canada in a pre-tournament game last Saturday, proved to be a handful, and then some.

The Canadians, however, got a late first-period goal from Ethan Gauthier (Sherbrooke, QMJHL) to break the ice and went on to post a 4-1 victory in front of close to 3,000 fans at the Peavey Mart Centrium.

Canada will face Sweden in the gold medal game Saturday at 4 p.m. (TICKETS)

Sweden downed Czechia 6-2 in the other semifinal.

Czechia and Finland will play for the bronze medal at noon.

“Our preparation was good today. We saw a lot of video and coach (head man Stephane Julien) told us after the first game against Finland that if we play them again they’ll come out harder,” said Gauthier. “We saw a team that worked really hard today and exerted a lot of pressure.”

Gauthier took a pass from defenceman Caden Price (Kelowna, WHL) at the Finnish blueline, then cut across the front of the net and beat netminder Eemil Vinni with a backhand with a mere 17 seconds remaining in the opening frame.

“It’s a good goal because I wanted momentum on our side at the end of the first period. It was a nice goal.

“We didn’t have the start we wanted in the first period, there were lots of turnovers going on, so we had to step up going into the second and third periods.”

Calum Ritchie (Oshawa, OHL) notched Canada’s second goal at 8:54 of the second frame, a rather fortunate marker. Ritchie’s shot bounced off the end boards and back in front, then glanced off the skate of Vinni and into the net.

“I think in the third period we saw what Team Canada can bring to a hockey game, “ said Gauthier. “We did what we’ve been dong since the start of the tournament and that’s exactly how we want to play tomorrow.”

While Sweden, in a 3-0 loss to the Canadians Wednesday, and the Finns were able to push the tournament favourites, the difference between the teams was — and is — Canada’s offensive depth.

Clearly, the so-called drop-off between the first and fourth lines is minimal.

Canadian goaltender Scott Ratzlaff (Seattle, WHL) was just seconds away from posting his third shutout of the tournament — fourth if counting the pre-tourney beatdown of Finland — when Arttu Alasiurua potted the Finns’ only goal at 19:42. 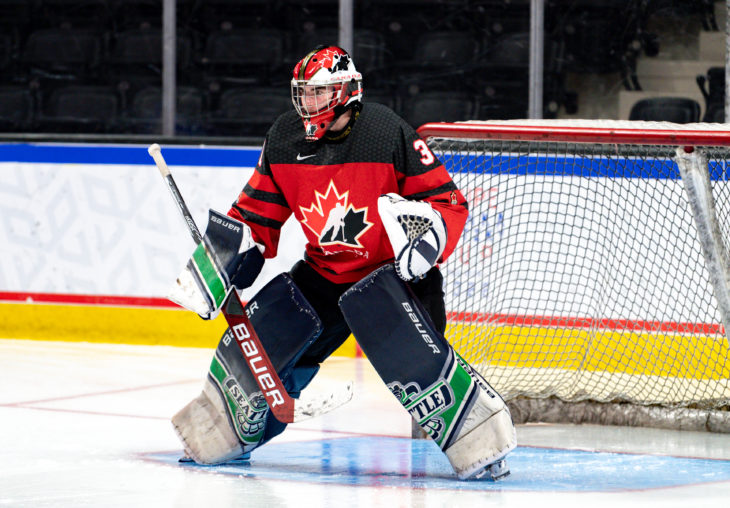 Ratzlaff has been nothing short of outstanding through three games and will carry a gaudy .033 goals-against average and sparkling .983 save percentage into the gold medal contest.

“He’s been lights out this whole tournament,” said Price. “Whether it’s making plays or making saves, he’s just been really good for us. He’s been huge back there.”

Canada was zero-for-two on the power play and four-for-four on the penalty kill.

Tanner Adams’ power play goal in the second period proved to be the winner as the US prevailed in the fifth/sixth place game.

Hampton Slukynsky made 33 saves for the winners, one more than Slovakia’s Samuel Urban.

Leo Braillard scored twice to lead Switzerland to victory over Germany in the seventh/eighth place contest.

Diego Simeoni made 22 saves for the Swiss, while the Germans got a 34-save outing from Nico Pertuch. 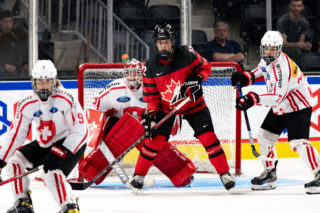 Canada rolls over Switzerland in convincing fashion
1 week ago