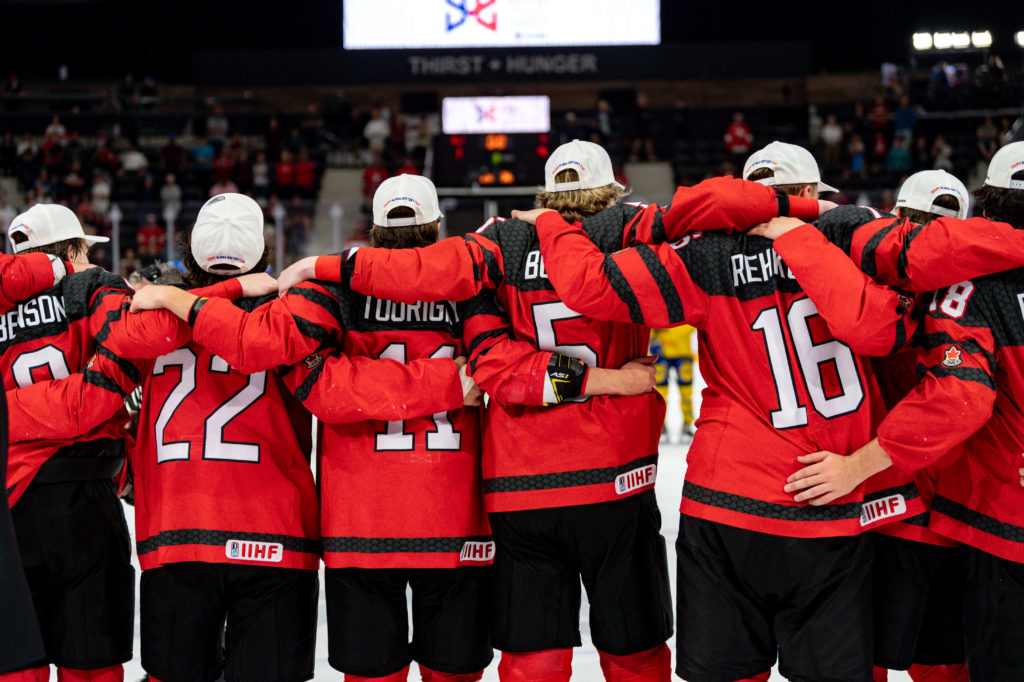 Like a 747 jumbo jet, Team Canada cruised through the Hlinka Gretzky Cup tournament with a minimum of turbulence.

The Canadians capped the week-long event on Saturday with a 4-1 win over Sweden in the gold medal game viewed by roughly 3,500 fans at the Peavey Mart Centrium.

Canada was undefeated in the eight-team, two-division international under-18 tourney, winning all three preliminary games before downing Finland 4-1 in a Friday semifinal and besting the Swedes by the same score in the final.

As Yoda from Star Wars fame might say, a dominant performance it was.

“This is the greatest experience of my life,” said Red Deer Rebels forward Kalan Lind, who had a solid tournament and was part of Team Canada’s penalty kill.

“I’m out of words. I can’t describe right now what I’m feeling. I think it’s every kid’s childhood dream when they play hockey to represent their country. To watch all those world juniors and then the U18 championships, when you finally make a team it’s surreal.”

Tanner Howe (Regina, WHL) opened the scoring 5:49 into the game when his offering from the side of the net glanced off the stick of Swedish forward Lucas Kling and up and over the shoulder of goaltender Noah Erliden.

The Swedes pulled even six minutes later when Hugo Pettersson criss-crossed over the Canada blueline and beat goaltender Scott Ratzlaff (Seattle, WHL) high to the blocker side.

That was it for Sweden, however, as the Canadians got some outstanding penalty killing and goaltending from Ratzlaff the rest of the way, and never really allowed their opponents to gain any sustained zone time or puck possession.

“When they created this team, that’s what they wanted, for us to swarm pucks as hard as we could,” said Lind. “We bought in as soon as we made the team. Whenever Sweden had the puck it seemed like we were on them all night.”

Ethan Gauthier (Sherbrooke, QMJHL), on the power play, scored the eventual winner at 14:15 of the opening frame with a quick release from between the circles.

Calum Ritchie (Oshawa, OHL) made it 3-1 early in the second period and Canada was on the brink of opening a three-goal lead when Colby Barlow (Owen Sound, OHL) was denied by Erliden — who had robbed Ritchie on a breakaway earlier in the frame — on a partial break. 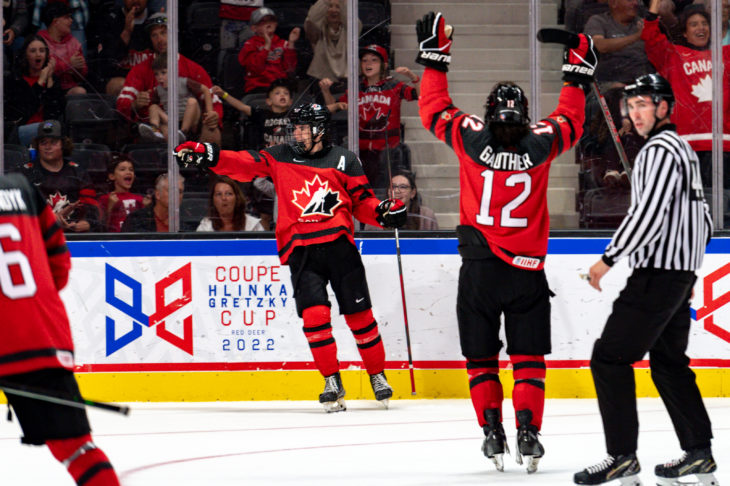 Brayden Yager (Moose Jaw, WHL) pretty much sealed the deal with just over four minutes remaining in the game, beating Erliden with a quick release following a feed from linemate Zach Benson (Winnipeg, WHL), who created a turnover behind the Sweden net.

“It’s an unbelievable feeling to get the chance to represent your country and obviously winning is the end all for us,” said Yager. “It’s such an honour and we’re so proud.

“Everyone just pulled on the same rope. Even with the penalties we took, we had each other’s backs and we got the job done. All four lines had an impact every game. It was unreal.”

Lind was in full agreement with his former midget AAA Saskatoon Contacts linemate.

“Everyone just buying into their own role, figuring out what they have to do for this team to be successful, and I think every person up and down the roster did that,” he said. “We bought into it and came out with the win.”

Perhaps Canada’s most valuable player through the tournament was Ratzlaff, who stopped 83 of the 85 shots he faced overall and finished with unheard of numbers — a 0.50 goal-against average and a .976 save percentage with two shutouts.

While Erliden was excellent for Sweden while making 32 saves, several of the 25 stops by Ratzlaff were of the similar outstanding variety.

“It was team first from the start,” said the Canadian stopper. “Our GM Peter Anholt put quite the team together that didn’t put anyone first. He really put together a team that sacrificed for everyone around the room.”

Winning an international title — considered by many to be the real world U18 championship — in front of many Rebels fans was something special for Lind.

“It’s my hometown right now, Red Deer is my life right now,” he said. “Winning in front of all these hometown fans is so cool.

“I’m going to remember this for the rest of my life. This is one of the greatest groups of guys I’ve ever played with. Even though it was a short time they’re going to be my brothers forever.” 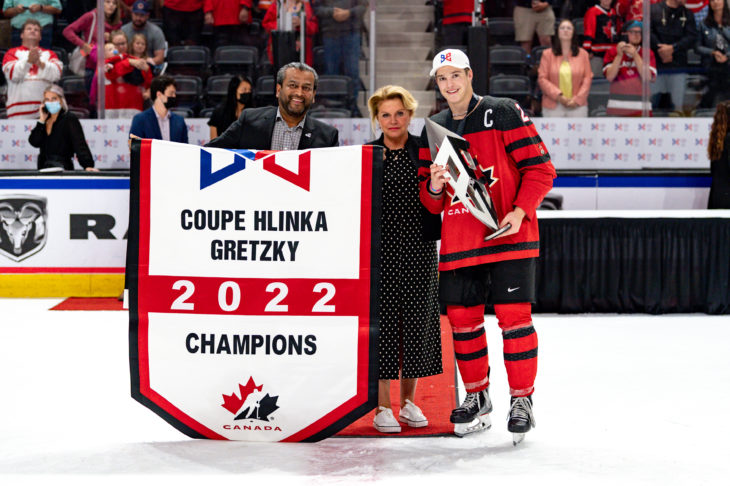 With the start of Rebels training camp just a little over three weeks away, Lind will go in on a high and with momentum on his side.

“Some of the guys (Rebels teammates) have contacted me already so it’s been pretty cool,” he said. “A couple guys texted me this morning and said go win for Canada. And then when I go back to the room now I expect there will be more texts from some of them.”

“Three weeks ago we put this roster together and I felt right away this was a tight group,” said Team Canada head coach Stephane Julien (Shawinigan, QMJHL). “It’s not easy when you have this much talent, but everyone accepted their role and I’m so happy for them.”

“This is an unbelievable group of guys,” said Gauthier. “We came to play today and all week long. We had one goal all along, that was to win, and this feels amazing. The atmosphere was amazing, these fans, this country . . . this was a great experience.”

Earlier in the day, Finland got an empty-net goal from Jesse Kiiskinen to seal a win over Czechia in the bronze medal game.

Aron Kiviharju and Artu Alasiurua also scored for the Finns, while Czechia’s lone goal came off the stick of Eduard Sale.

Eemil Vinni made 21 saves for Finland, one fewer than Michael Hrabal at the other end.