Brigley comfortable with defensive game, working on offensive side 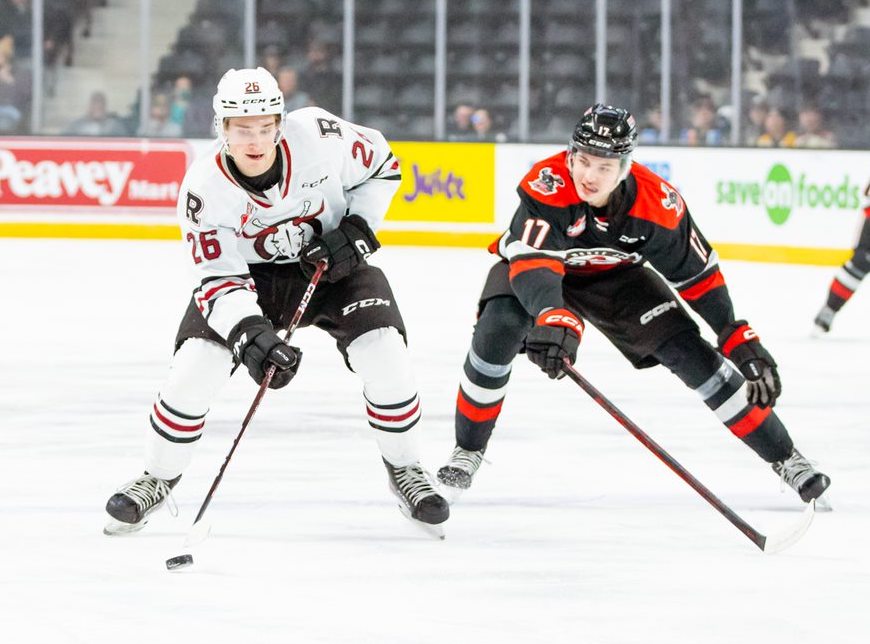 Talon Brigley harbours mixed feelings regarding his progression in his second season with the Red Deer Rebels.

On one hand, the 17-year-old likes the way he’s continued to grow his defensive game, but as is the case with any player, he’d like to contribute more on the other side of the puck.

“I’m a little more comfortable with obviously being in the league more, but I think my production has been a little slow,” he said Tuesday. “I’d like to see me produce a little more obviously.”

As a rookie, the Sylvan Lake native scored eight goals and collected 14 points in 60 games. This season, the Rebels’ second-round pick — 24th overall — in the 2020 WHL Prospects Draft has potted three goals and added seven assists for 10 points in 44 outings.

“I always want to work on that part of the game,” said the five-foot-10, 157-pound forward. “I think I’m pretty good defensively and obviously on the PK. I like my game there but you always want to produce and help the team that way (offensively).

“To try and get better that way is always good.”

Brigley, blessed with speed and an impressive hockey IQ, has certainly excelled on the penalty kill, a task he took on in his rookie season. He plays a strong 200-foot game and clearly has the confidence of the coaching staff, having appeared in every game this season with the added responsibility of erasing the opposing team’s power play.

“It’s always fun to hear your name called and have that opportunity to go out there in big spots against the other team’s top players to try and shut them down,” he said.

“You want to go out and prevent a goal late in the game or whenever it is. It’s always nice to hear your name called and having that opportunity is always fun . . . to get out there with my teammates and just do what I can to help the team win.”

Brigley has skated alongside rookie pivot Ollie Josephson most of the season and now has Carson Birnie as a second linemate. 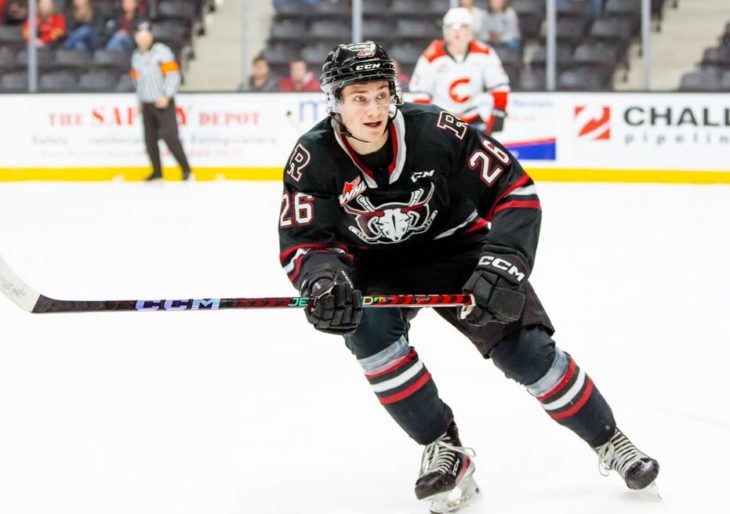 “I think (Birnie) has come a long way with the way he’s played after sitting out at the beginning of the year. He’s getting his opportunities and making them count,” said Brigley, who will celebrate his 18th birthday on Feb. 16.

“Ollie has come a long way too. He’s going to be a real good centre in this league someday and I think he’s shown that already.”

The Rebels are heading into a challenging weekend with the Saskatoon Blades visiting the Peavey Mart Centrium Friday night and the Winnipeg Ice coming in 24 hours later.

The Rebels trail the conference-leading Ice by a single point, although Winnipeg has played five fewer games. The Blades, meanwhile, sit third in the conference, six points back of the Rebels with two games in hand.

“Winnipeg has had our number the last couple of years and they’re one of the top teams in the league. It would be fun to knock them off,” said Brigley, who just recently played his 100th WHL game.

“And Saskatoon has beat us twice this year so we want to put a W on the table against them as well.”

Notable: Rebels forward Kai Uchacz, who sits second in WHL goals with 36, recently surpassed the 50-goal and 100-point marks for his career. He has tallied 53 goals and collected 103 points in total . . . Forward Craig Armstrong will appear in his 200th WHL career game Friday . . . The Rebels will host Connor Bedard and the Regina Pats next Tuesday. Following that sold-out contest, Red Deer will head west on a US Division trip that starts Feb. 4 in Spokane and over the next seven days will include stops in Everett, Portland, Seattle and Tri-City.