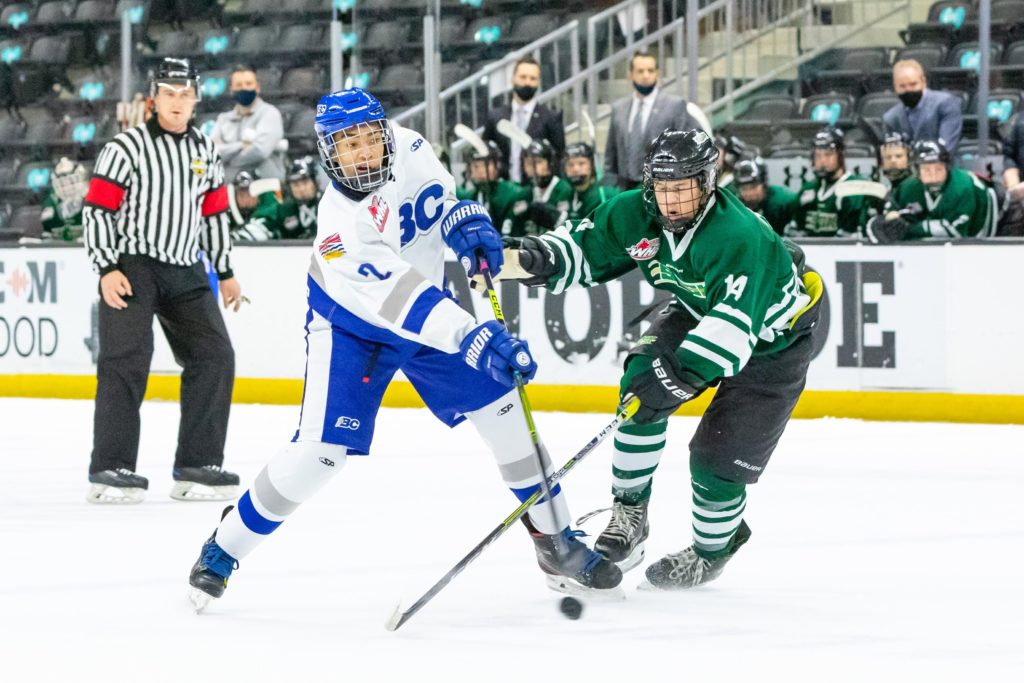 Also scoring for BC, which was undefeated during round-robin play, were Oliver Josephson, Miguel Marques, Dryden Kuramoto, Jordan Gavin and Chase Valliaint.

Cole Peardon and Ashton Tait scored in a losing cause.

Evan Gardner made 23 saves for BC, while Saskatchewan starting netminder Luke Brunen stopped five of 11 shots before being replaced by Chase Wutzke, who turned aside 20 of 23 shots the rest of the way.

Alberta advanced to Sunday’s 1 p.m. gold medal game versus BC by blanking Manitoba 2-0 on a first-period goal from Gavin Garland and a second-period marker off the stick of Coy Pighin.

Madden Mulawka made 23 saves for the shutout at the Gary W. Harris Centre.

Ethan McCallum stopped 26 shots for Manitoba, which will face Saskatchewan in the bronze medal game Sunday at 10 a.m.

Both medal games will be played at the Centrium.