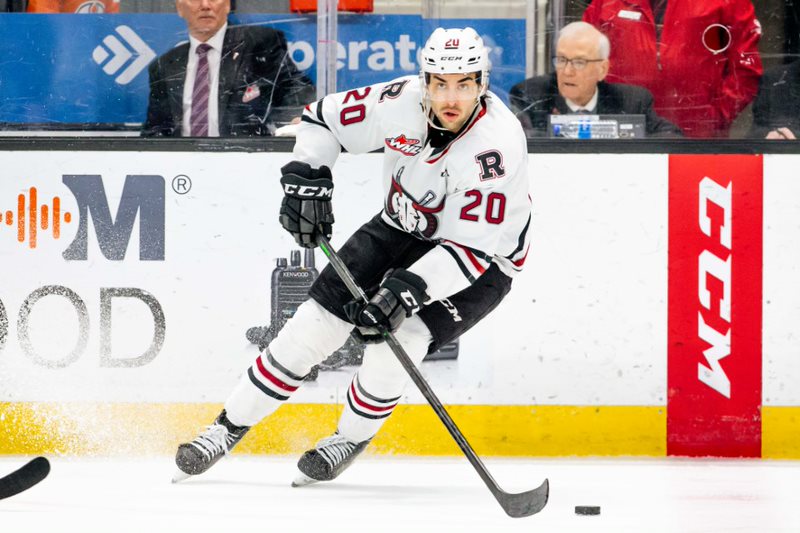 He’s played his last game in the WHL but Arshdeep Bains will not soon forget the five years he played in a Red Deer Rebels jersey.

The just completed 2021-22 season, in particular, will always stand out to the Surrey, B.C., product, who captured the Bob Clarke Trophy as the league scoring champ.

In addition, the Rebels won 45 regular-season games and enjoyed a somewhat successful playoff run, ousting the Brandon Wheat Kings in six games before being swept by the Edmonton Oil Kings in a conference semifinal.

“It was a super special year, the best year I’ve had in my life, definitely in junior hockey,” he said Friday. “It was great that we kind of turned things around from last year. This year we found a rhythm and became a good, challenging team to play against.

“A lot of great things happened this year with the team and myself, so it’s been special.”

The team was a closely knit group during the pandemic shortened 2020-21 season as they lived together in the Centrium, but Bains, who turned 21 in January, noticed it was even closer a year later. He credited the fanbase for helping in that regard.

“I’d say this is the tightest team I’ve been on here and the fans were really special too,” said the Central Division first all-star team winger who recorded a league-best 112 points (43g,69a) and earned an NHL contract with the Vancouver Canucks. “They really cheered us on and when it came to the playoffs they did a great job and were always there for us.

“In all aspects, we just have a really great community here.”

The entire team gained some valuable experience during a playoff run that wasn’t possible in each of the last two years due to the pandemic, Bains noted.

“Hockey at this time of year is different than the regular season,” he said. “It’s a different game and there’s a lot of important stuff you learn in the playoffs.

“We didn’t get what we wanted out of this playoff run but there’s a lot we learned as a group and I know there are guys who are going to be back fighting for a championship and with their experience they’ll have a better run next time. And for the guys moving on we know what it’s going to take to be winners.”

The Rebels enjoyed success against the Oil Kings during the regular season, winning five of the 10 meetings. But they couldn’t handle their northern neighbours in the playoffs, a team that’s top-heavy in future pros including more than a few who will play in the NHL sooner than later.

“We were pretty confident coming into the series and not being able to skate and compete with them was our own fault,” he said. “It wasn’t something they had over us, we lost it ourselves.

“They’re a good team but that’s what comes when you’re new to playoffs. We had a bunch of new guys and only a few that had played in playoffs. You learn and grow from it so I think it will be different next time for this team.” 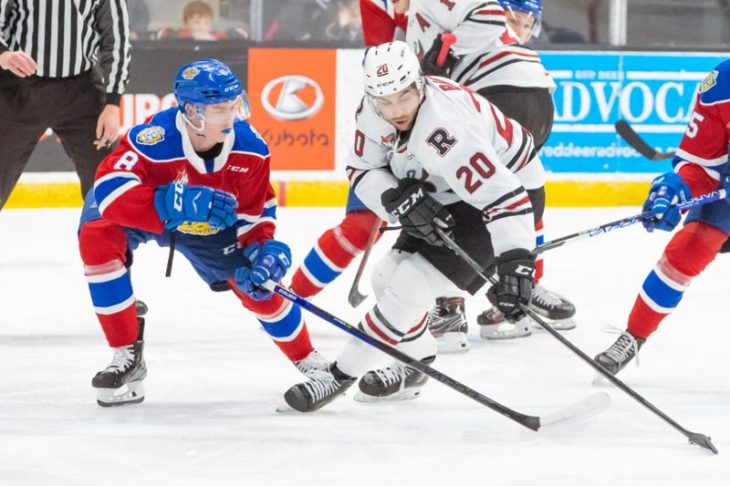 His entire five-year WHL career — which started when the Rebels summoned him from the B.C. midget hockey ranks as a 16-year-old in the 2017-18 season — was a learning experience, Bains admitted.

“That’s a big thing about junior hockey — just growing up and learning while you’re here. Those five years are big years of your life when you’re a teenager growing up into your 20s. It’s been a great five years.”

Bains credited his teammates, coaches and team staff for helping him achieve success and set up a future in pro hockey.

He is grateful to have been mentored by two head coaches — Brent Sutter and this season Steve Konowalchuk — who had lengthy NHL playing careers.

“Brent played over one thousand games and Steve is right up there. It’s unbelievable for a young player learning to play the game the right way when you have two coaches who were in the NHL for so many seasons,” said Bains. “You look up to them and take anything they say and run with it.”

While so many graduating major junior players are unsure of what lies ahead, Bains knows he’ll be playing for pay next season. If he doesn’t crack the roster of the big team, he’ll still play close to home with the Canucks’ American Hockey League team in Abbotsford.

“That can be stressful when you’re a 20-year-old and not sure what you’re going to do. But I was glad I was able to sign,” he said. “It’s special to get the opportunity. It’s exciting but it just means you have to get back to work.”

Bains will be returning to Surrey in short order but Red Deer will always be a second home.

“Coming here at a young age, I didn’t know what to expect, but as the years went by the city and the team became everything to me,” he said. “It’s such a special town, a special city and team that I know it will always be a part of me.

I’ll definitely be back to see this place again because it’s like home to me. All the friends I made here are super special and I’m very grateful to have been here for five years.”