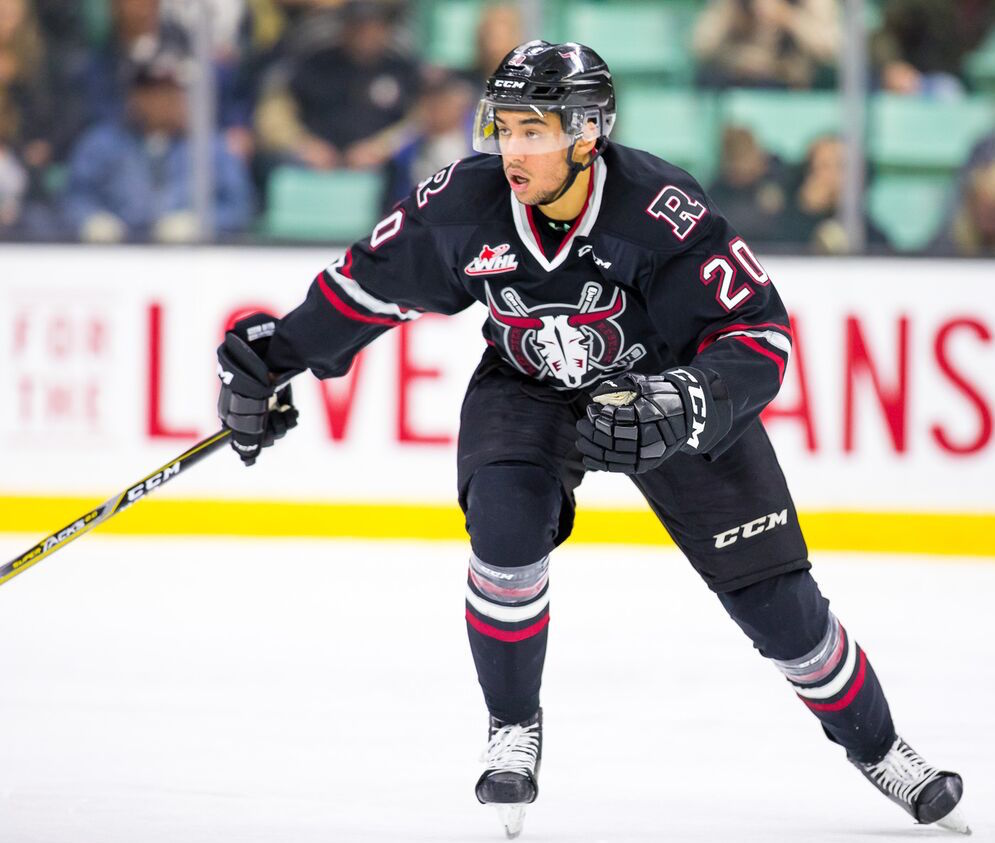 He’s been granted top-six duty with the Red Deer Rebels on a part-time basis this season and Arshdeep Bains could see himself as a full-time top-two line winger sooner than later.

He would relish the opportunity, and yet for the Surrey, B.C., product simply being part of a winning team takes precedent over any personal promotions.

“Hopefully I can be in that (top-six-position) in the future, but it’s all about the team,” he said Wednesday. “It doesn’t matter what role you play, all lines are important.

“Whatever line you’re on, it’s all about playing your role and doing what you can to help the team. Nobody cares what line they’re on, all long as we’re all working. Everyone plays if they play well.

“If you’re in the top six obviously you have to prove you belong up there by contributing when you get scoring chances.”

Bains, along with fellow 17-year-olds Alex Morozoff, River Fahey and Zak Smith, all of whom were summoned to the Rebels at various points of last season, are not yet among the team’s top scorers.

But at least three of the four have shown this season that they have the potential to be major offensive contributors down the road.

“Myself and the others who came in as 16 year olds have done a lot better this season and coming in last year really helped in that regard,” said Bains.

“We’ve been playing really well, especially recently, and we’ll just keep getting better. If we keep the same focus and continue to practise hard the results will just keep happening.

“We’ve been winning a lot and everyone has been contributing.”

Bains was the top scorer in the BC Major Midget League last season — with 16 goals and 56 points in 40 games with the Valley West Hawks — when he was called up to the WHL squad on a permanent basis.

Bains contributed two goals and seven points in 40 games last winter and while he’s not exactly tearing it up this season with two goals and four assists in 21 outings, Rebels GM/heads coach Brent Sutter likes what he sees in the six-foot, one-half inch, 175-pound forward. 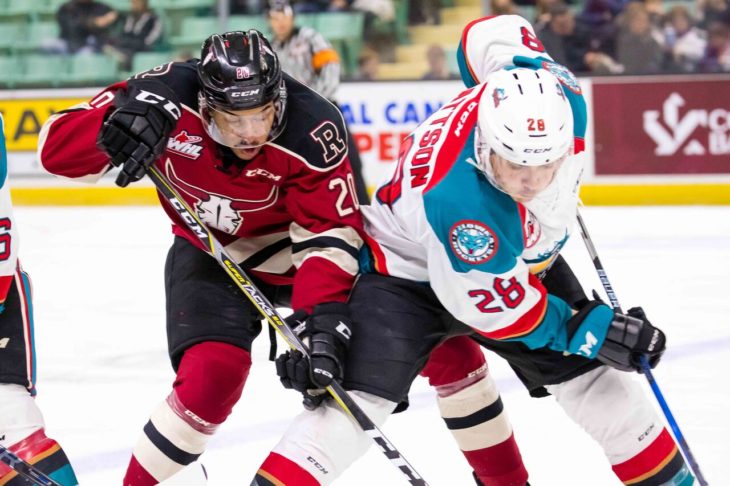 “He’s just growing as a player, he’s feeling more comfortable and more confident in the league,” said the Rebels boss. “He’s a pretty responsible player and the offensive part of his game will come as he continues to get more mature, as he fills out body wise.

“Even though these guys did a good job last season as 16-year-olds, they have a lot greater responsibility this year and they’ve done a good job of responding. That’s the kind of transition you like to see — they learn how to play on the right side of pucks and how to play in their own zone, and then the next step is how to generate more offence, how to bury your chances, how to play in the offensive zone and protect pucks.

“They’re at that stage now, even Oleg (17-year-old Russian forward Zaytsev), and even though he’s a different level of player they’re all young guys.”

The Rebels will take their Central Division leading 15-5-1-0 record into Cranbrook for a Friday engagement with the Kootenay Ice. One of the keys to success this season, Bains suggested, has been team unity.

“We all like each other. On and off the ice we are a team,” he said. “We’ve been like that the whole year and it shows on the ice.”

Bains, and Sutter for that matter, also credits new assistant coaches Brad Flynn and Ryan Colville and the rest of the staff, consisting of Erik Lodge, Kraymer Barnstable and Arie Postmus.

“Changes can be good. Coming into the year there was a lot of new stuff, a lot of new game plans,” said Bains. “It’s been working so far, we just have to continue to go all in and keep working.”

Regarding his personal development . . .

“We’ve been happy with Bainsy” said Sutter. “The biggest thing with Bainsy is he gets frustrated sometimes when he gets scoring opportunities and doesn’t finish, but that’s going to come with being a half second quicker and having a quicker release around the net.

“In midget you can flutter a puck into the net, here you can’t. You have to bury it and bury it hard. It’s a much higher level of hockey and he’s one of those young guys getting accustomed to that.”

The Rebels will host the Medicine Hat Tigers Saturday.