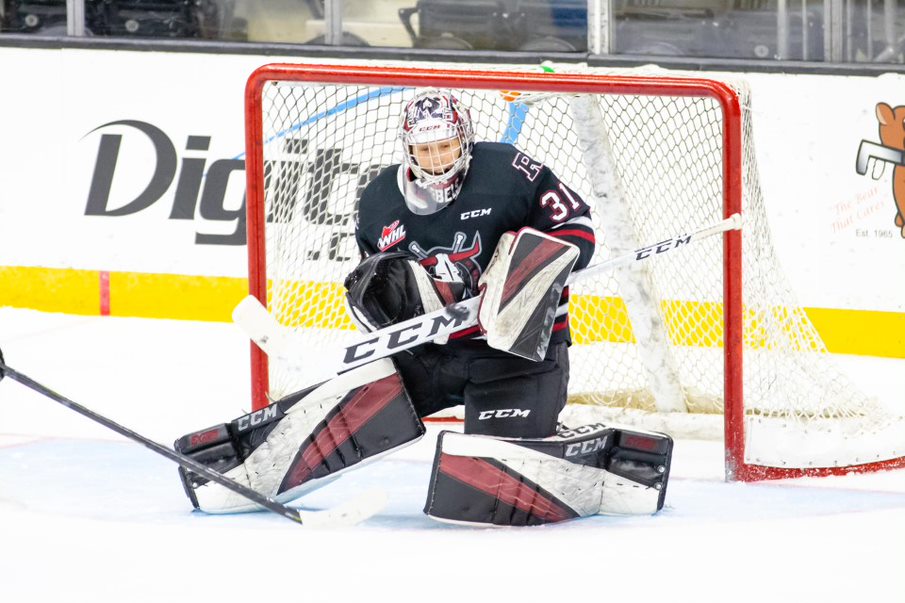 The native of Pilot Butte, Sask., never won a league title and in fact, along with his teammates, didn’t enjoy much playoff success over the years.

But Anders, one of three Rebels — including Josh Tarzwell and Chris Douglas — whose WHL careers ended on Tuesday, will forever cherish his time with the organization.

“Honestly, it was awesome, I can’t really complain about a whole lot,” he said on Wednesday as he was driving back to his hometown.

Anders posted the worst numbers of his major junior career in the just-concluded 23-game season, recording a 4.50 goals-against average, .866 save percentage and a 1-7-2 win-loss mark for a Rebels team that was victorious in only four games yet showed some marked improvement down the stretch.

Individually, the veteran netminder had an up-and-down season but was solid for the most part and gave his team a chance to win in the majority of the games he started.

Overall, it was a difficult season for the entire team, which was housed in the Centrium. The players took all their meals in the building and slept in the private boxes, which were transformed into bedrooms.

Throughout it all, there was never any guarantee the already abbreviated season would be completed due to the COVID-19 pandemic, which affected the Central Division schedule when a case of the disease was detected within the Calgary Hitmen cohort.

“It was tougher than usual but it was nice to have all the guys around all the time and I think that made times a littler easier, just to know all your teammates were in the same situation as yourself,” said Anders.

“The guys were able to go through it as a group which made it a lot better.”

Anders suffered a hip injury late in the season and was unavailable for the final five games.

“It would have been nice to get into a couple more games near the end,” he said. “But we just kind of came to the decision that it wasn’t worth the risk of making it a lot worse just to get one or two more games in.

“We decided to let the hip get better with rest so I wouldn’t have to worry about rehabbing it for a couple of weeks over the off-season.” 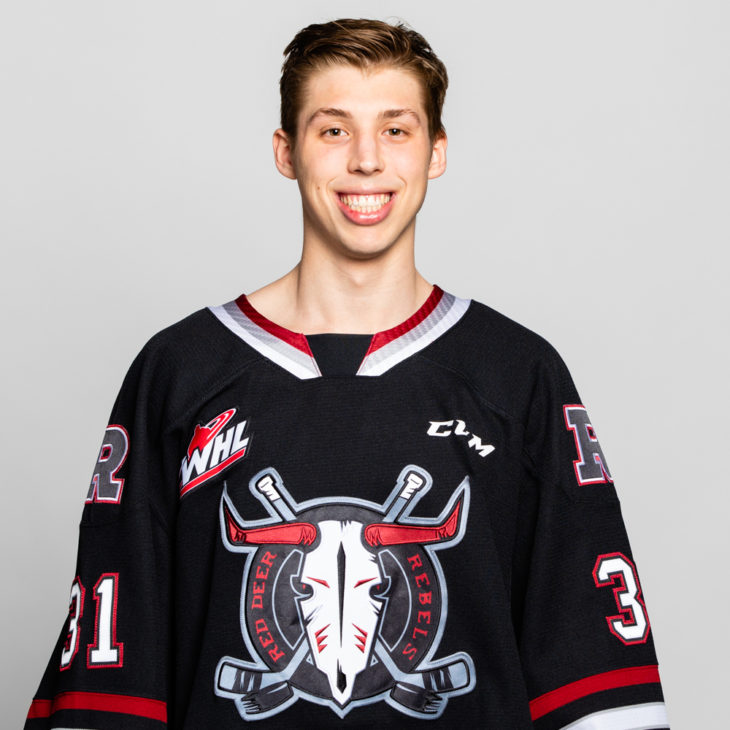 Anders, who turns 21 in September, already has his future mapped out. He and Douglas will both attend the University of British Columbia next fall and suit up with the Thunderbirds.

The university is an educational institution with better than average high school marks required for admission.

“We’re both relatively good students,” said Anders. “Dougie’s a little stronger student than I am but I try to do my best.”

Anders will be enrolled in the Bachelor of Arts program during his first year, then plans on entering UBC’s Sauder School of Business with the goal of achieving a business degree.

While at UBC, he will share the Thunderbirds crease with former Rebel Rylan Toth, who will enter his fourth season in the fall.

“I met him during my first year in Red Deer. He was passing through for his first year at UBC,” said Anders, who joined the Rebels in 2017 following a standout season with the midget AAA Tisdale Trojans.

“He seemed like a good guy. He’s a very good goalie and I’m excited to play with him.”