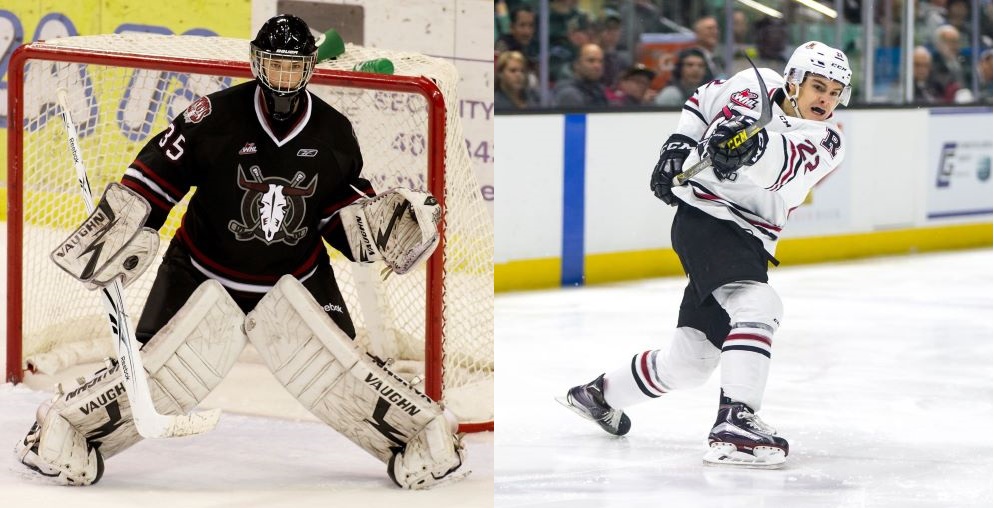 Colorado Avalanche goaltender Darcy Kuemper was acquired by the Rebels from the Spokane Chiefs in December 2007 and played three seasons with the club from 2008-09 to 2010-11.

The Saskatoon, SK native entrenched himself as one of the very best netminders in team history and sits at or near the top of several Rebels career goaltending categories, including games played – 178 (first), minutes played – 10,086 (first), wins – 94 (second) and shutouts – 19 (first).

Kuemper shone brightest in the 2010-11 season when he backstopped the Rebels to the WHL Central Division title. In 62 games played he posted a sparkling 1.86 GAA (single-season team record), .933 Save %, 13 shutouts (team record) and a 45-12-5 record. Kuemper was named Rebels MVP and won both the Four Broncos Memorial Trophy as Western Hockey League Player of the Year and the Eli Wilson Trophy as Goaltender of the year. He was also honoured as the Canadian Hockey League Goaltender of the Year.

Kuemper’s NHL career began when he signed an entry-level contract with the Minnesota Wild in 2011 after having gone undrafted. After parts of five seasons with the Wild, he signed as a free agent with the Los Angeles Kings ahead of the 2018-19 season. He was traded mid-season to the Arizona Coyotes where he played until being dealt to Colorado ahead of the 2021-22 campaign.

Tampa Bay Lightning forward Brandon Hagel was passed over at the WHL Prospects Draft and was playing Junior A in Whitecourt when he was signed by the Rebels ahead of the 2015-16 season. The Morinville, AB native, who like Kuemper was born in Saskatoon, would also go on to cement his legacy as one of the best-ever to suit up for the Rebels. In 259 regular season games, he netted 103 goals (fourth in team history) and 176 assists (first) for a whopping 279 points (second).

In his final season with the Rebels in 2018-19, Hagel led the team with 41 goals and 61 assists for 102 points (fourth in WHL scoring). He was honoured as the team’s most valuable player for that season. 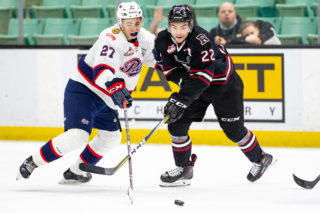 The Buffalo Sabres selected Hagel in round six of the 2016 NHL Draft but chose not to sign him. After skating at camp with the Montreal Canadiens, it would be the Chicago Blackhawks signing Hagel to an entry-level deal in 2018. After three years with Chicago, Hagel was acquired by Tampa Bay this past March in a blockbuster deal in exchange for two players and two first-round draft picks.

Kuemper and Hagel won gold as teammates with Team Canada at the 2021 World Hockey Championship in Latvia.