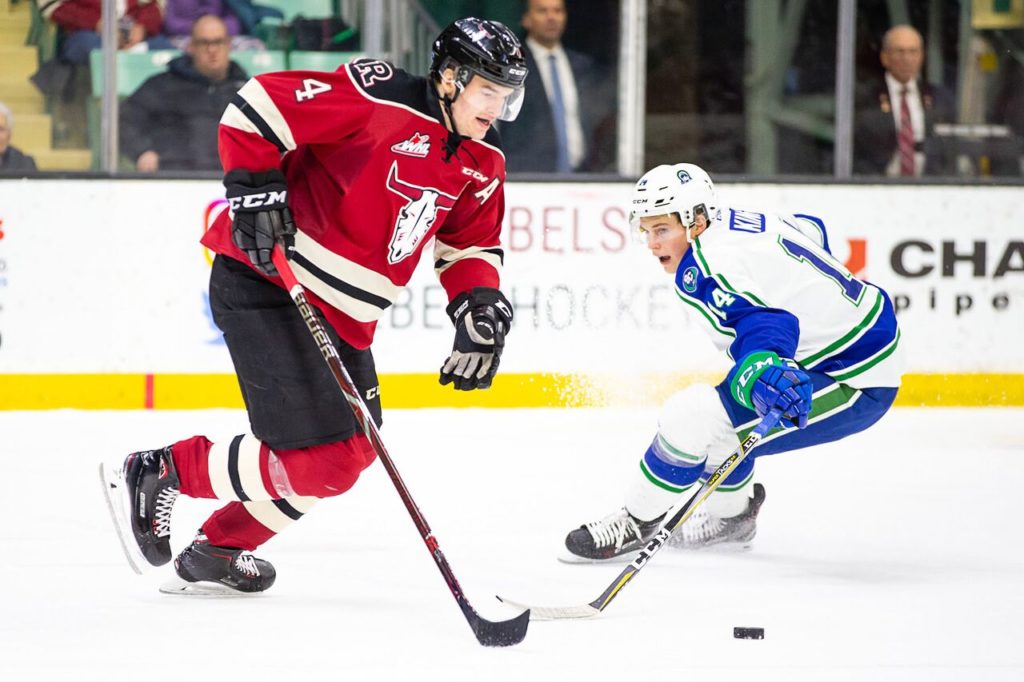 The Red Deer Rebels heaved a collective sigh of relief on Wednesday upon learning that defenceman Alex Alexeyev did not suffer a major injury in Tuesday’s 2-1 home-ice win over the Kamloops Blazers.

Alexeyev was hit awkwardly into the boards by Blazers forward Zane Franklin in the first period and was taken to Red Deer Regional Hospital.

The Russian rearguard underwent an x-ray and a CAT scan and both were negative, disclosed Rebels GM/head coach Brent Sutter.

As a result, he’s listed as day-to-day with an upper-body injury.

“It could have been a lot worse,” said Sutter, adding that Alexeyev may even be ready to play against the Medicine Hat Tigers on Friday at the Centrium.

“He felt not too bad riding the bike today and he may be good to go on Friday. We won’t know until tomorrow.”

Alexeyev’s status for Friday will be determined during or following Thursday’s practice session.

Sutter kept his troops off the ice on Wednesday.

“I just thought they looked tired the last half of the game last night,” he said. “We’ll get back to practice on Thursday and get ready for one more game before the (Christmas) break.”

The Rebels will get an 11-day hiatus following Friday’s contest, with the players returning on Boxing Day to prepare for a Dec. 28 game against the visiting Vancouver Giants. Red Deer will host the Edmonton Oil Kings the following evening.

Alexeyev is slated to play with Russia in the upcoming World Junior Championship in Vancouver and Victoria Dec. 26-Jan. 5.