After breakthrough 2019-20 WHL season, Bains remains as one of Rebels’ key forwards 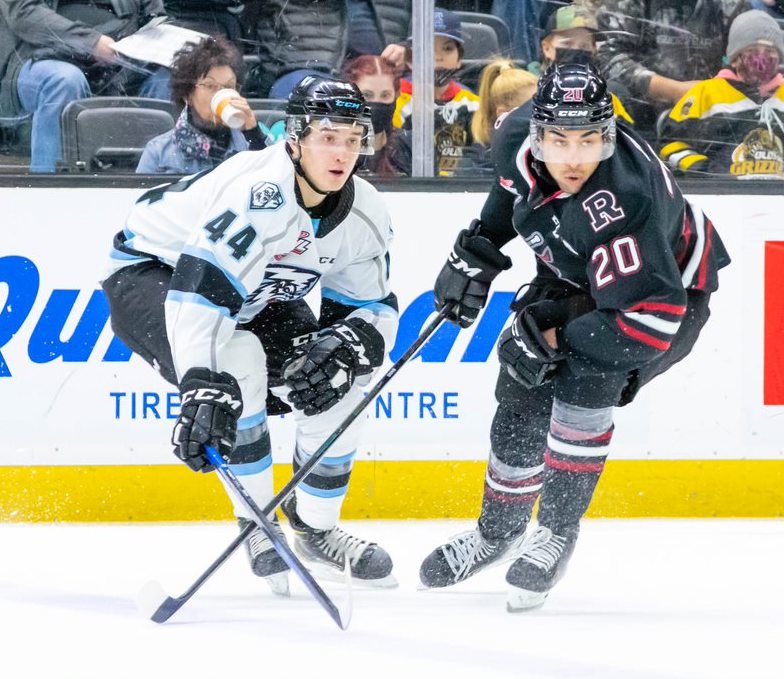 You might say that Arshdeep Bains came of age two years ago.

The Rebels placed Bains on their 50-player protected list in 2017 and the club summoned him from the BC Major Midget Hockey League part way through that season.

The Surrey, B.C., product scored two goals and added five assists in 40 games through the remainder of the 2017-18 campaign and in his first full season with the Rebels the following year he posted modest numbers of 6-12-18 in 63 games.

“I worked hard during the summer of that year, I took it seriously,” Bains said Thursday. “I worked hard every day, in the gym, on the ice. I didn’t take my foot off the gas pedal, I always had the goal of being better.”

Assistant coach Ryan Colville was in his first season on the Rebels staff during Bains’ first full season in the WHL. He and the other coaches, including then head man Brent Sutter, knew right off the bat that Bains had the potential to be an offensive force in the league.

A year later, he finished the season as the Rebels’ top scorer.

“He came back in his 18-year-old season and was just a different player, a lot more confident,” said Colville. “Everyone knew he had offensive skills but coming back he really took off. Offensively you could see the confidence growing in him.”

Colville, as Sutter did that season, credited Bains for buckling down in the summer of 2019 and working himself into a better player.

“100 per cent, he put the work in,” said Colville. “He kind of dedicated himself more to the gym and nutrition, stuff like that, and it really paid off for him.”

During the pandemic shortened ’20-21 season Bains put up 21 points (8g,13a) in 23 games and — as a 20-year-old — he’s notched four goals and added four helpers for eight points in 11 games this fall with Ben King and Jhett Larson as linemates.

“I’ve played with King the last two years and now we have Larson on the line and he’s been good too,” said Bains. “We all work well together. We’re all skilled and we find each other on the ice. It’s been good.”

Bains worked himself into a top-six role two years ago and remains as one of the Rebels’ key forwards. 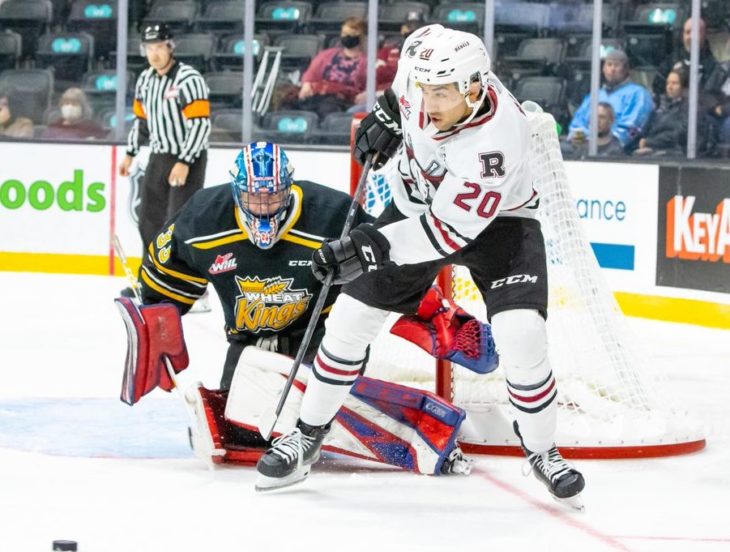 “He’s dynamic. Every game he’s up there in terms of our team’s (scoring) chances,” said Colville. “He really drives our offence a lot of nights.

“For our team that’s a lot deeper than we’ve had in the past, his line can push offence for us and other lines can play maybe more of a defensive role against some of the other top lines. That kind of opens it up for him and Kinger a lot more.”

The Rebels are off to a 6-4-0-1 start this season, with two of the losses coming against the Winnipeg Ice, who are undefeated in 11 outings, and the Edmonton Oil Kings, two of the league’s best teams.

Red Deer would have defeated the Ice with a break or two going their way and have already posted two wins over the Oil Kings, who will visit the Peavey Mart Centrium Saturday.

Naturally, hopes are high inside of the locker room.

“This is definitely the most special group I’ve been a part of,” said Bains. “We have a lot of depth on this team and have done a lot of good things we haven’t seen in awhile. I’m excited to see what we can do with this team.

“Every game we’re getting better as a team and when we can connect the wins together it becomes contagious. It’s a great environment that we have here.”

Now in his final season of major junior hockey, Bains hopes to continue his career at the highest level in the not too distant future.

“Obviously I have a goal, a dream to play in the NHL one day,” he said. ‘This is big year for me. I have a lot to prove still so I’m pretty excited to see what I can do.”

Notable: Rebels defenceman Jace Weir has been assessed a four-game suspension after picking up a cross checking major and game misconduct in Saturday’s win over visiting Brandon. Weir sat out Tuesday’s loss to the Ice and will also be unavailable for Saturday’s contest, Sunday’s game in Calgary and the first game of an extended road trip, next Thursday in Winnipeg . . . . Meanwhile, forward Ethan Rowland suffered a serious upper body injury when he crashed into the boards during practice Monday and underwent surgery the following day. He has returned to his home in Calgary and likely won’t play again until mid-February. Forward Josh Medernach remains out indefinitely with a lower body injury while defenceman Joel Sexsmith remains day-to-day with an upper body injury.