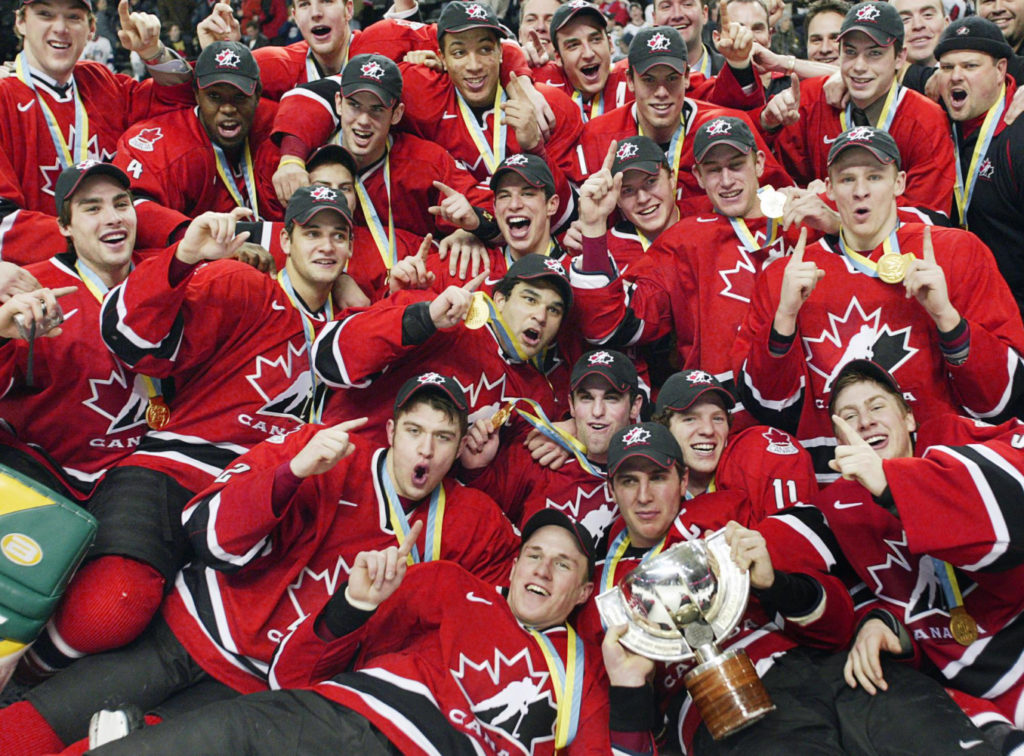 Despite falling just short in the quest for gold earlier this week, the Canadian team was considered to be one of the deepest in the history of the world junior hockey championship.

And for good reason. The team was stacked top to bottom with future NHLers.

But so was the 2005 gold-medal winning squad, which still has to be considered the country’s — and perhaps the world’s — best ever, an edition that kicked off a run of five consecutive gold medal championships for Canada following a seven-year drought.

This year’s Canadian contingent featured 19 NHL first-round draft picks, however there was one specific ingredient missing from the roster.

“This was a very good team, but the reality is not one of those players is going to be Sidney Crosby,” said Red Deer Rebels general manager/head coach Brent Sutter, the bench boss of the 2005 band that dominated the competition in Grand Forks, N.D.

“We had the best player in the world on our team.”

Mix in all the talent with large does of character and leadership and the recipe was there for a successful run for gold.

“We had 10 to 12 players who went on to be stars in the NHL,” said Sutter, “and each player we had was either a captain or assistant captain on his junior team.”

Only two players from the ’05 team — forward Stephen Dixon and backup goalie Rejean Beauchemin — never played a game in the NHL.

“Everyone else had a long NHL career and some are still playing,” said Sutter.

“We had to pick the right players to fit in,” said Sutter. “When (then Hockey Canada president) Bob Nicholson first approached me regarding the head coaching position, he said basically take it and do it the way you do it in Red Deer.

“It was hard on people because some things had to change. We had to get the players focused like they had to be, we had to reset the culture of the dressing room.

“We had to get back to playing the Canadian way I always say. The players were awesome and we had a great coaching staff too. Blair knew all the players to invite to camp and Bob was unbelievably supportive. Canada went on to win five gold medals in a row with the new standards.”

The ’05 roster, already stacked, was further bolstered with the late addition of Bergeron, who had already played a full NHL season with Boston.

“He was an NHL player and eligible to play in the AHL because of the lockout, but the Bruins sent him to us two or three days before the tournament started and we put him on a line with Sidney,” Sutter reminisced. “They were a good match. Bergey seemed to be like the right piece that fit into the puzzle.”

Bergeron led the team in scoring with five goals and 13 points, Crosby — 17 at the time and heading into his NHL draft season — fired six goals and added three assists, and Perry, the third member of the team’s No. 1 line, contributed two goals and five helpers.

The goaltenders were not as identifiable as several of their teammates, but Jeff Glass of the Kootenay Ice and Prince Albert Raiders stopper Beauchemin proved to be a solid tandem.

“Neither of them were invited to our August camp. We made a decision in November that we were going to take the two best goalies in the country no matter where they were from,” said Sutter.

“We knew we would be a puck-possession team that wouldn’t give up a lot of shots. We needed goalies who were mentally strong because they might have to go 10 to 11 minutes without a shot on goal and yet be able to make the big save for us.

“Kootenay and P.A. were the two best defensive teams in the country and their goalie numbers were up there with the best in the country. That’s how we picked the goalies.”

With the roster set, the Canadians dominated the tournament, winning their first six games by a combined score of 41-7 and then whipping Russia, led by Alex Ovechkin, 6-1 in the gold-medal match.

“I don’t know if there will ever be a team like that again because you can only have a team like that during a (NHL) lockout,” said Sutter. “It was a phenomenal team, a great team to coach with a real good coaching staff. Pete and I were like co-coaches on that team.

“It was a good setup and a lot of fun. It was a great group to work with, to a man they were unbelievable. We knew we had the star-studded players but we had to get them aligned to play a certain way.”

Success was followed by success

Sutter was back as head coach the following year in Vancouver, where he faced a whole new challenge while leading almost a totally different team from ’05.

Ultimately, the Canadians went from 2006 tournament underdogs to world champions.

“Cam Barker was the only returning player but Blair had a good feel for the group of players we could bring in to select a really good team,” said Sutter, whose staff included assistants Craig Hartsburg and Clement Jodoin.

“That team was a group that had unbelievable character. The skill set was pretty high also, although not as high as the year before. But their character allowed them to put themselves on a mission,” said Sutter.

“They were so motivated to keep the goals against down, so motivated to play with the energy and discipline that was required. We just had to tell them something and they went and did it. It was a different group that had tremendous high-level character and a group that was just so driven to be better than the team from the year before.”

In fact it was that exact mindset that the coaching staff pushed.

“When we went after the kids in ’06 we thought that if we got the right personnel they would be able to feed off the year before and we encouraged that,” said Sutter. “We reminded them of what we accomplished in ’05 and that we could do the same. They were driven by that.”

The team finished 4-0 in pool play and moved on to the semifinals, where they blanked Finland 4-0 before shutting out Russia 5-0 in the gold-medal game. Blake Comeau, Barker and Steve Downey led the squad offensively and Justin Pogge was stable between the pipes.

“Basically it was setting new standards of how we had to have our culture moving forward and how we needed to play from a Canadian perspective,” said Sutter, who credited Nicholson for helping move the needle.

“Bob was instrumental in all of that. He trusted that our coaching staffs could create a new culture and make sure that we checked all of the boxes.

“I learned a lot from working with Bob, he was a phenomenal man to work for. He allowed us to coach the way we wanted to coach and trusted the environment and culture we were putting in place while being supportive all the way.

“Winning teams have to be unified, starting from the top.”

Sutter was back as Canada’s head coach eight years later in Malmo, Sweden, guiding a team with plenty of youth.

“We went over to Copenhagen in December to finish our camp and then across the bridge to Malmo for the tournament,” said Sutter. “We went over as a young team and we wanted to make sure the players had a positive experience because Canada was hosting the next year.

“Every year Canada goes into the tournament wanting to win it. It’s our culture — gold or nothing. It’s a winning attitude, good to have, but the pressure these kids have on them is phenomenal.

“The reality is we knew we were young and those kids played their hearts out.”

The team, featuring leading scorers Anthony Mantha and Jonathan Drouin and a 16-year-old Connor McDavid, recorded three wins and an overtime loss in preliminary action, then defeated Switzerland 4-1 in a quarter-final before falling 5-1 to eventual champion Finland.

“I tried to take as much pressure off the kids as I possibly could, I wanted the heat put on me,” said Sutter. “Even when we got beat in the bronze medal game I know they played their butts off.”

Sutter pointed to a change in venue for the bronze medal contest as somewhat of a factor in the loss.

“We played our earlier games in a smaller rink with a capacity of 4,000 to 4,500 and the stands were full of Canadians,” he said. “We finished first in our pool and won our quarter-final, then got switched to the big pro rink where all the other semifinal teams had played their games.

“We didn’t play a very good game, but it just wasn’t the same — the whole atmosphere was different. It was a big building with 17,000 people and just had a whole different vibe to it.

“The kids played hard but it just didn’t work out and yet I knew I had to keep the heat off the players because I knew the next year most of these kids, if not all of them, were going to be back on the team if they weren’t in the NHL.”

“What people have to remember is that at the end of the day our country is sold on gold or nothing, and rightly so,” he said. “That’s what we are and how we are, that’s what makes us tick.

“But we can’t forget that other countries have good players too, now more than ever. Look at how many Europeans, Russians and Americans are playing in the NHL.

“Other countries develop really good players too and it’s shifted

the parity which I really noticed in 2014. I’m talking mostly the big six —  Canada, Finland, Russia, Sweden, the United States and the Czech Republic — but occasionally countries like Germany, Switzerland and Slovakia are good as well.

“Sometimes it’s the luck of the draw too.” 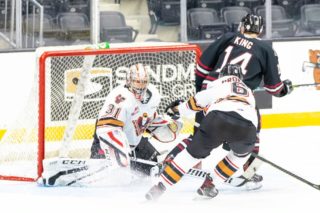 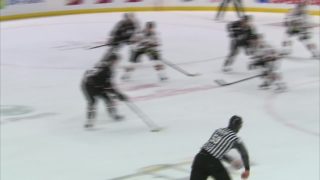 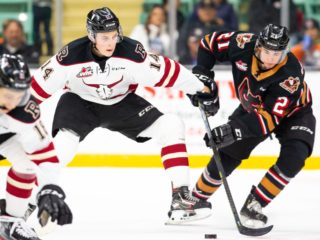 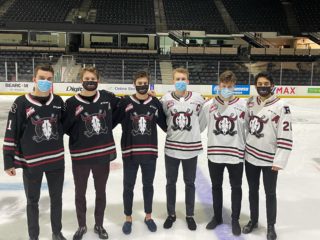 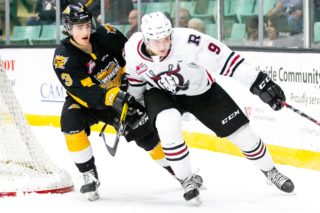 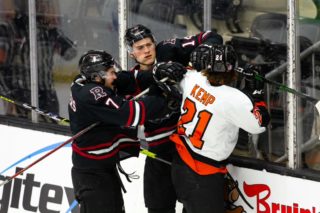